Fruit Flies on the international stage 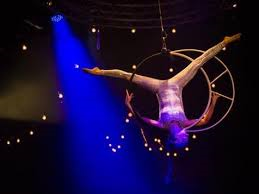 Minister for the Arts, Senator the Hon George Brandis, has confirmed grants to three leading Australian arts companies* to support them in their international endeavours.

Among them; the Flying Fruit Fly Circus will receive $49,450 towards the costs of performing at the Australia in Turkey Cultural Festival in 2015.

Following sell-out seasons in Sydney and Melbourne last year and two major award nominations, the circus has been invited to perform Circus Under My Bed in Istanbul and Ankara. They will also participate in a number of community workshops and artistic and cultural exchanges.

Ms Ley said “I can’t really think of anything more unique or appropriate than taking our very own Flying Fruit Fly Circus to this special festival during such a special year”.

“The grant will enable a group of 16 to travel from Albury-Wodonga to Turkey, to showcase their extraordinary circus performance skills, in the trip and experience of a lifetime.”

The Australia in Turkey Cultural Festival will present Turkish audiences with a contemporary face of Australian culture, showcasing the rich diversity of our innovative and multicultural nation. The four month celebration of Australian culture will be staged predominantly in Istanbul
and Ankara, from September to December 2015.