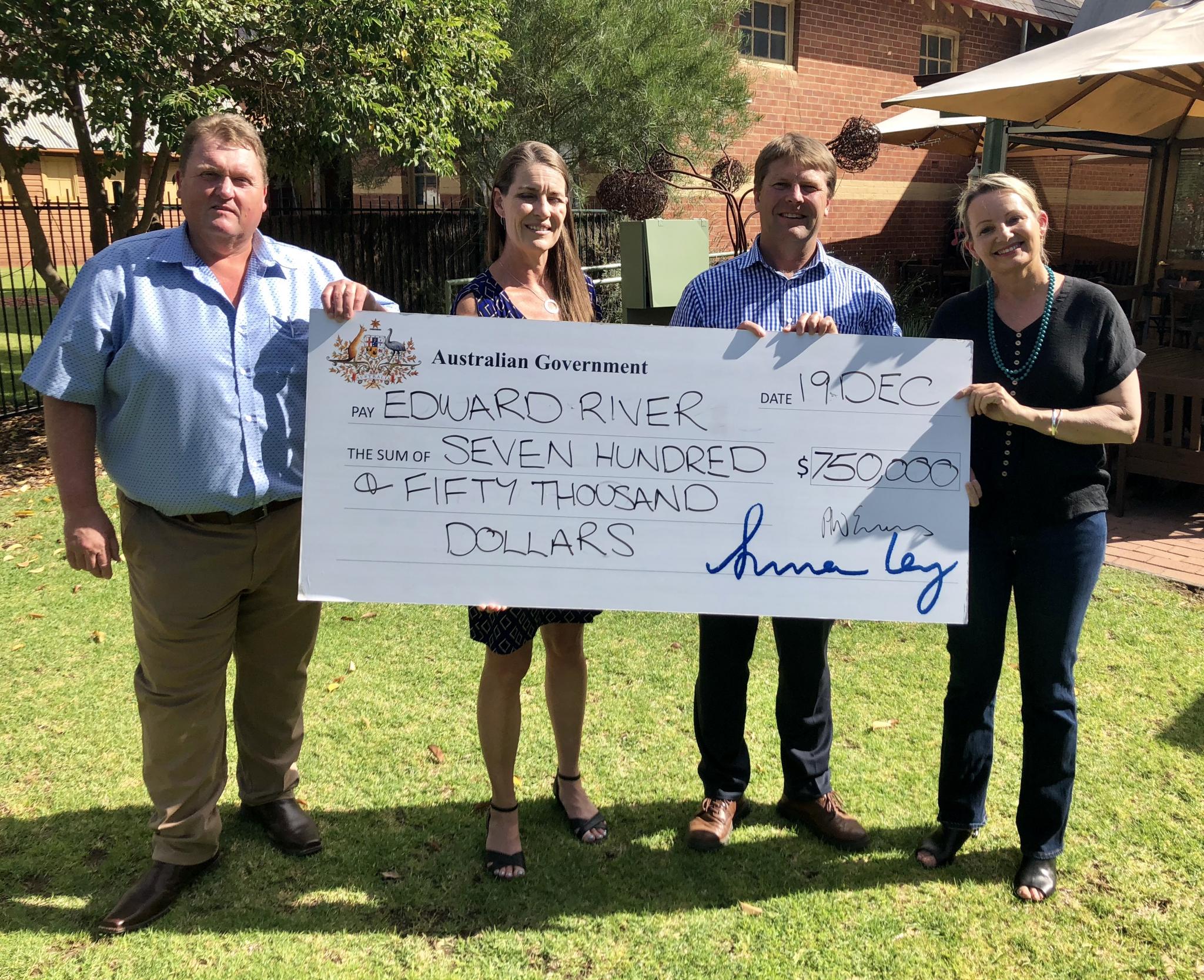 Assistant Minister for Regional Development and Territories and Federal Member for Farrer Sussan Ley said over $750,000 in total would be allocated to Edward River Council to broaden and support the region’s economy and job prospects.

“This funding will fund an access road for Deniliquin Industrial Park, refurbishment of the Crossing Café and Peppin Heritage Centre, as well as earthworks and drainage at Rotary Park to unlock industrial and residential land for future development,” Ms Ley said.

“The Diversification Programme has been extended through to 2019, investing over $32 million in critical community infrastructure across New South Wales – and over $72 million across all Basin states including Victoria and Queensland.”

Mr Evans said the Murray Darling Basin Plan has had a detrimental effect on our communities in Murray and this funding will make a difference to the community.

“This programme is a key tool for supporting communities affected by the Murray–Darling Basin Plan and the broader water-constrained environment, which is particularly crucial in the current tough times of drought,” Mr Barilaro said.

“The funding announced today will also deliver a Lean Manufacturing Initiative in five regions across the Murray¬–Darling Basin. This will involve running a series of improvement workshops for up to 30 targeted manufacturing companies, helping them grow and prosper.”