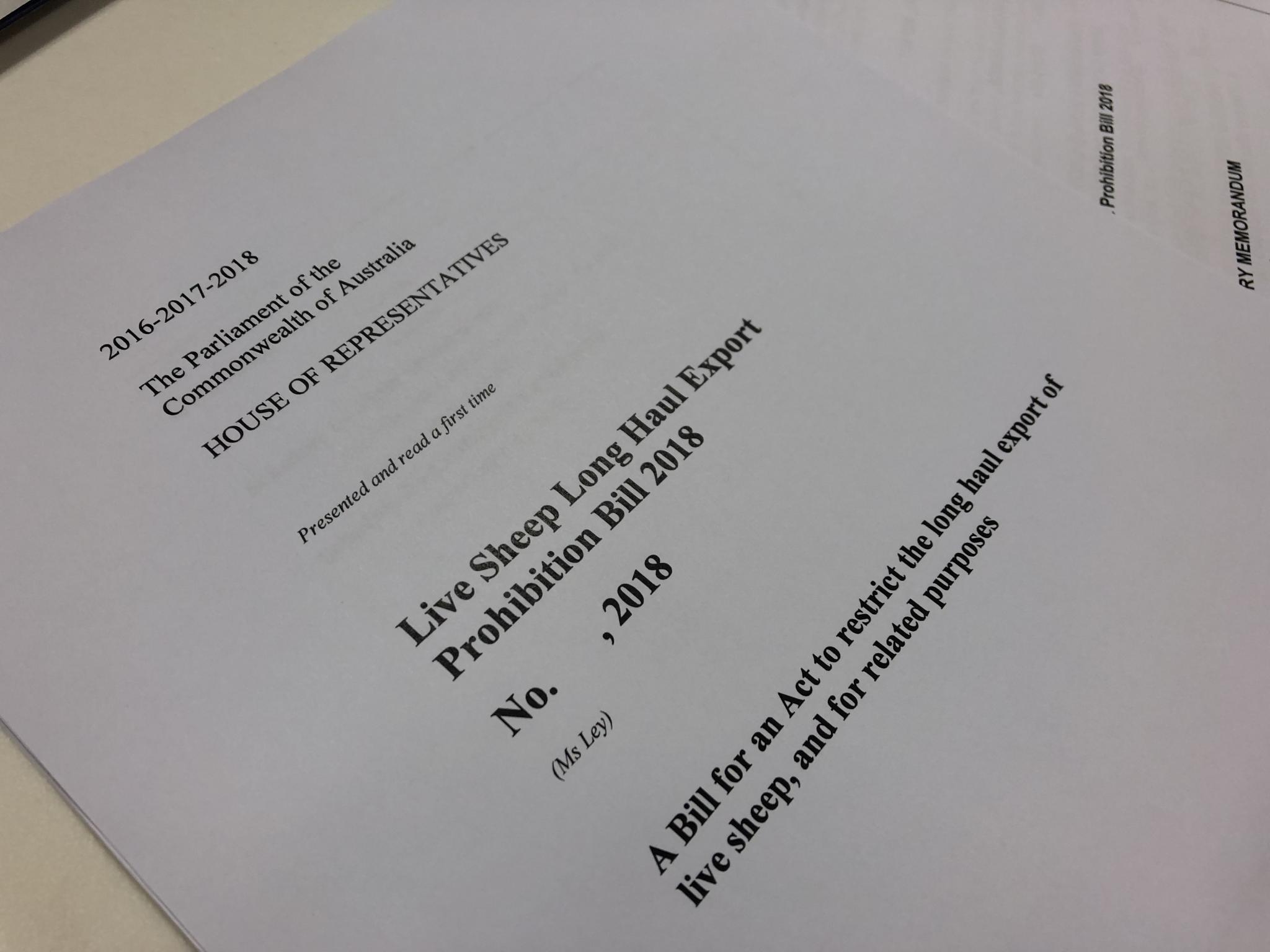 This week Senator Derryn Hinch and the Greens co-sponsored a bill which was very similar to the one put forward by the member for Corangamite and me. I want to note that it is Greens policy to ban the live cattle trade. Maybe it wasn’t in that bill, but it is Greens policy and therefore more likely to become Labor Party policy. It has never been ours. Our bill is about removing the unnecessary and cruel toll taken on livestock, sheep, being moved to the Middle East.

Labor, by its association with the crossbench bill, is backing the supporters of a ban on the live trade of cattle. Labor and the Greens have taken what I saw as a critical animal welfare issue and turned it into a base, crass political opportunity. Do we really believe that the side opposite care about farmers, a sensible transition policy and the future of jobs, particularly in Western Australia? By their recent actions, it would appear not. People are suggesting that, had the vote been different in the lower house yesterday, we would have had that bill as a reality. That’s actually not possible, for a number of reasons. Crossbench support for bringing on a vote does not mean crossbench support for the bill itself.

While we haven’t seen a shipment of live sheep leave Australia since 6 June—and I can’t see one now on the horizon until October at least—I’m confident that our private member’s bill and the debate surrounding that bill, and the actions taken to date, are already having an effect. There has been no trade during the current northern summer, the critical time when sheep are under enormous stress.

There are two different ways of arguing your case, and it’s important to distinguish between the two. I didn’t necessarily expect my private member’s bill to pass the House. This is very similar to the gay marriage debate. The gay marriage debate saw many private members’ bills, for a range of different circumstances, sponsored by different members of parliament, but they all helped on the road to the result. A private member’s bill causes discussion and debate. That marker on the road to reform has been very strong and very important.

Over this week, the minister will receive a review about his own department and the regulator. I believe that will demonstrate that the regulator has been approving shipments for years and years that should never have been approved. I commend the minister for his strong action with the Moss review of his own department and the implementation of the McCarthy reforms, which will make a vital difference in measuring not just mortality in sheep shipments but welfare, because this has always been about animal welfare, the economics of the sheep industry and the future of Western Australia.