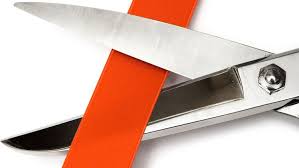 Mr Morton listened to the issues with the Border Commissioner from New South Wales, James McTavish, and Victoria, Luke Wilson, as well as the Head of the South Australian Productivity Commission, Matt Butlin.
Due to COVID19 restrictions, some of the participants are dialling in, while those present have had to shift to another venue at the last minute – all while keeping their businesses running.

“Businesses don’t care which government is imposing the regulation – they just want it eased. They don’t want to have to provide the same information to regulators more than once. No businesses understand this better in Australia than those operating across state borders.”

“The Morrison Government understands the importance of removing unnecessary and overlapping regulation on business so businesses can survive and thrive, invest and create jobs.”

Mr Morton said businesses were particularly looking forward to the start of the automatic mutual recognition (AMR) of automatic licensing which will let licenced occupations to work across borders without having to pay new licence fees or fill out additional licence forms.

AMR is expected to be rolled out across Australia from 1 July, subject to the passage of legislation.
Licensed workers, including plumbers, electricians, teachers, real estate agents and security officers, will be able to perform the same work for which they are licenced in their home state in other jurisdictions using their home state licence.

Border regions and towns, such as Albury-Wodonga, will particularly benefit from this reform.
So, for example, a plumber in Albury could perform the same work in Wodonga or Wangaratta without completing an application form and saving over $400 over three years in fees.
Similarly a building surveyor licensed in South Australia could oversee building work in Mildura without needing to complete an application form.

“This reform has the potential to add more than $2.4 billion to the economy over the next ten years. It will enable workers and businesses to more seamlessly operate across Australia, while helping communities rebuild faster following natural disasters, such as the recent bushfires and floods.”

While in Albury, Assistant Minister Morton announced that the Government was removing duplicative product safety standards by allowing the Australian Competition and Consumer Commission to rely on trusted overseas standards.