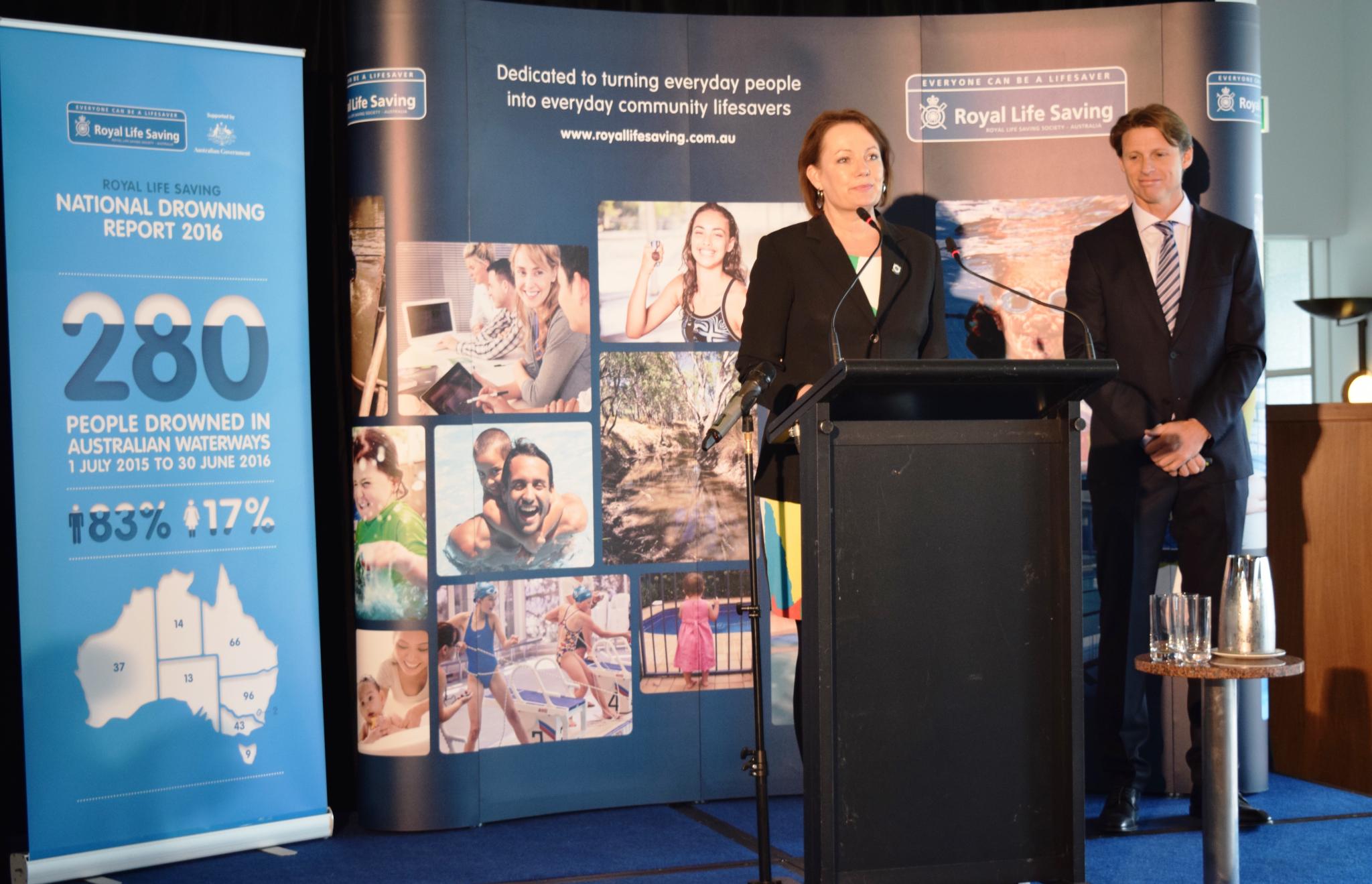 Launching the RLSSA’s National Drowning Report for 2015-16 Minister Ley said while there was positive news that there had been fewer instances of infants drowning, the number of drowning deaths overall remained too high.

“While the number of inland waterway deaths was below the 10 year average, coming from a rural and regional electorate, I know the pain these drowning deaths have on the community. One is too many.”

In 2013 the Australian Government provided $15 million over five years (up to 2017-18) to the Royal Life Saving Society, Surf Life Saving Australia and AUSTSWIM to help them save lives.

Those funds are being used to support initiatives that improve water safety in homes, pools, rivers and coastal waters and to teach water safety to children in early education.

This year the Turnbull Government committed an additional $11 million to help Surf Lifesaving Australia in their efforts to increase water safety by investing:

“But sadly in spite of our efforts, the total number of people who drowned in Australian waters in 2015-16 was 280 – 5 per cent higher than the previous year,” Ms Ley said.

Men and boys accounted for 83 per cent – more than four out of five – of the total deaths, the highest male-female ratio in 10 years.

There was also a noticeable rise in drowning deaths among 25 to 34 year olds. Almost one fifth of those who drowned were in this age group – more than one quarter higher than the 10 year average.

Ms Ley said the report showed that drowning deaths could be reduced when people took heed of the dangers.

“The information in the report suggests that in our communities, across the nation, we need to do more to warn people, to caution people and to continue raising water safety awareness to all Australians and our international visitors,” Ms Ley said.

“Every case is different but men as well as women need to understand that things can happen to them. And that’s especially true if you have been drinking alcohol.

“As we go into another summer, I want all of us to remember that and to stay vigilant and minimise our risks.”