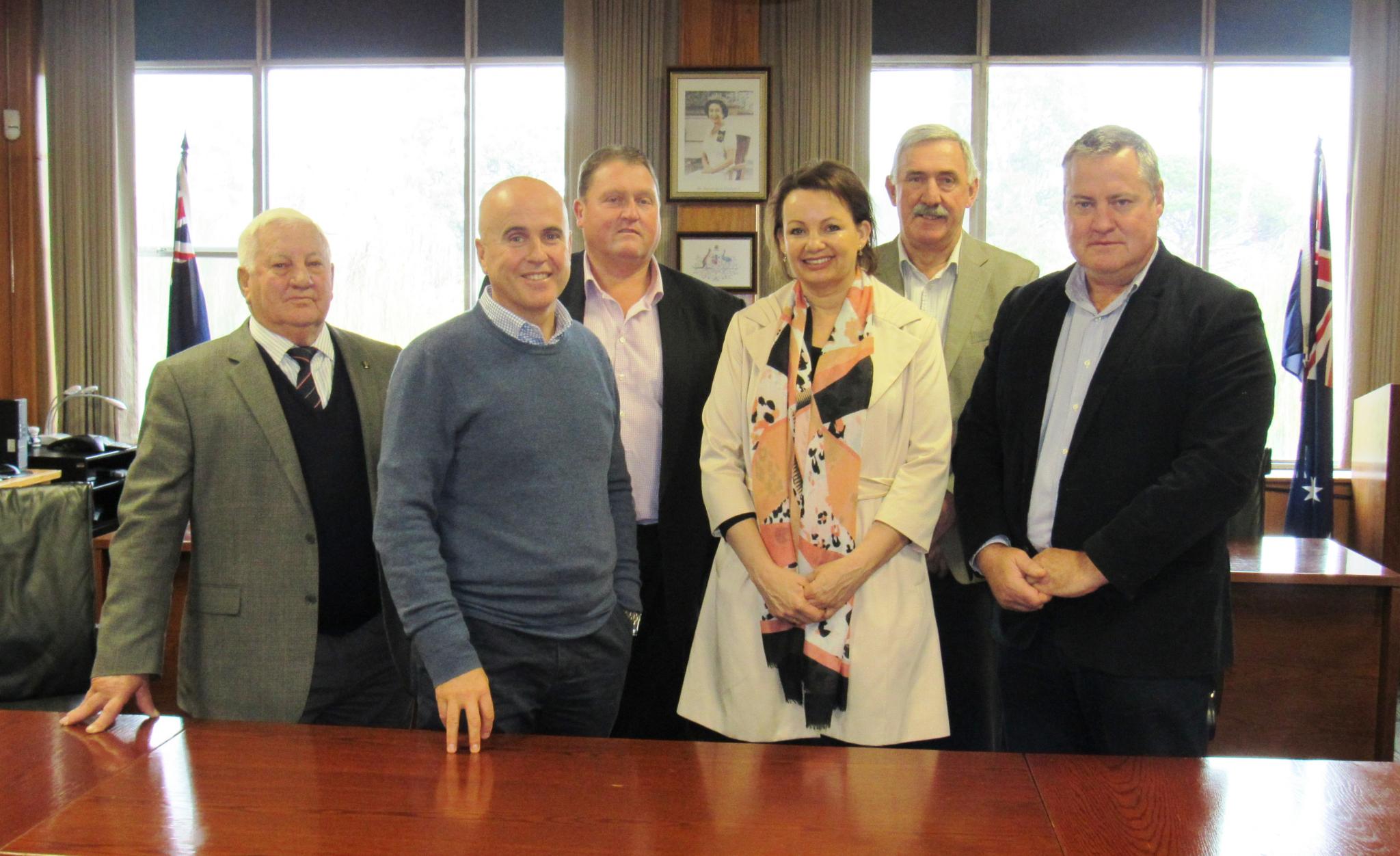 Federal Member for Farrer Sussan Ley and NSW Member for Murray Adrian Piccoli today announced that $3 million will be made available for job creation and economic development projects in the Deniliquin area as part of the second round of the Australian Government’s Murray Darling Basin Regional Economic Diversification Programme (MDBREDP), administered by the NSW Government.

Ms Ley said that State and Federal Governments had again joined forces to help local businesses and communities impacted by the implementation of the Murray Darling Basin Plan.

“Under this programme, the Basin States of NSW, Victoria, Queensland and South Australia each select projects for funding in consultation with the Australian Government.

“We know that the Deniliquin area is right in the mix in terms of impact from the Basin Plan and that impact has been felt by all sectors of this community. This funding commitment will help support local businesses with expansion, diversification and value add and, most importantly, with the creation of local jobs.

“I have been highly impressed by the wide range of value add and scope for expansion within businesses that I have visited within the Murray and Murrumbidgee regions and am excited that Deniliquin will now have the opportunity to apply for funding specifically allocated for this area,” said Ms Ley.

Member for Murray, Adrian Piccoli said that the funding will support local economic development and diversification projects and that today’s funding commitment more than doubled that already announced for projects in Hanwood, Coleambally, Leeton, Hillston and Mulwala.

“This second round of funding was announced in November 2015 and is focussed on supporting regional business investment projects that will result in job creation in the Basin.

“Today’s announcement of $3 million is money which has been specifically made available for initiatives in the Deniliquin region and is in recognition of the significant impacts that the Murray Darling Basin Plan has had on the area,” said Mr Piccoli.

Ms Ley and Mr Piccoli both agreed that the Murray Darling Basin Regional Economic Diversification Fund is a fantastic example of State and Commonwealth Government working hand-in-hand to create new jobs and support businesses, jobs and communities in the Murray-Darling Basin.