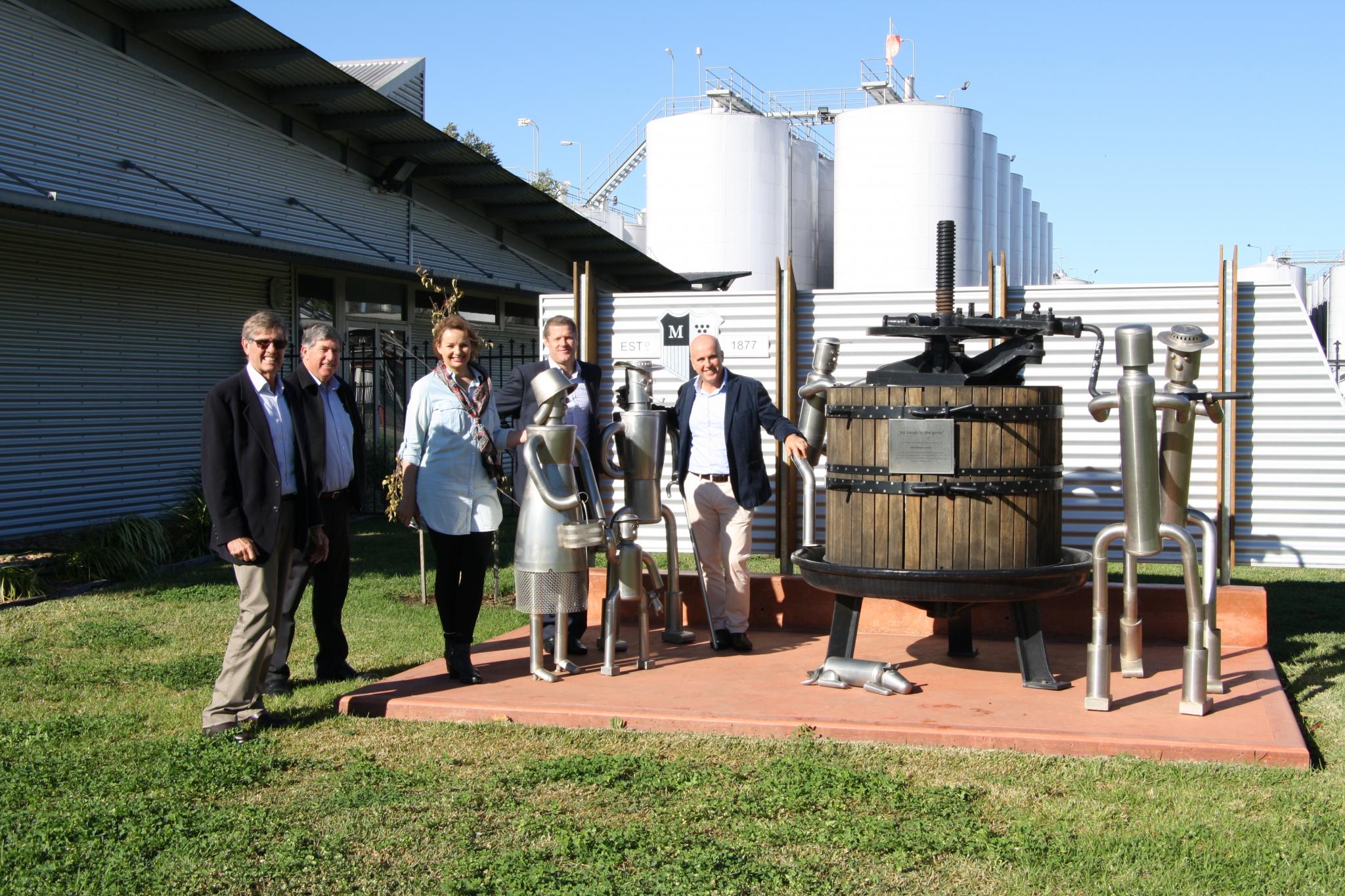 “The McWilliam’s Wines’ new Hanwood facility is one of a number of local projects set to benefit from funding and this is fantastic news for the region,” Mr Piccoli said.

“McWilliam’s Wines will use the funds to support the construction of an 8,000 pallet warehouse and installation of a bottling line and centralised distribution facility, supporting the creation of around 118 new jobs at the new Hanwood facility.

“Bottling is currently outsourced to Sydney, so support for this project will help to reduce transportation costs and enable wines with low preservatives to be bottled on site.

“Bulk wine from the company’s other facilities in the Hunter, Margaret River and Coonawarra will also be bottled at the new facility,” he said.

Federal Member for Farrer Sussan Ley said the funding would help to support the next generation of jobs for a great local Australian business.

“This is an excellent outcome for a great Australian company that has been growing vines and making wine in the region since the late 19th and early 20th centuries,” Ms Ley said.

“This is also great news for the people of Hanwood, and is just one of a number of projects now in the pipeline supported by the Australian Government’s Murray Darling Basin Regional Economic Diversification Programme.”

NSW Minister for Regional Development, Skills and Small Business John Barilaro said more businesses across the Basin will be supported through the second round of funding of the Murray Darling Basin Regional Economic Diversification Program.

“This latest funding builds on more than $18.4 million already committed to 21 projects in communities throughout NSW most impacted by the Basin Plan,” Mr Barilaro said.

Minister for Regional Development, Fiona Nash, said the Coalition Government’s investment in local economic projects like this will help support and create new jobs in the Griffith district.