Dob in a Dealer campaign launched in Albury 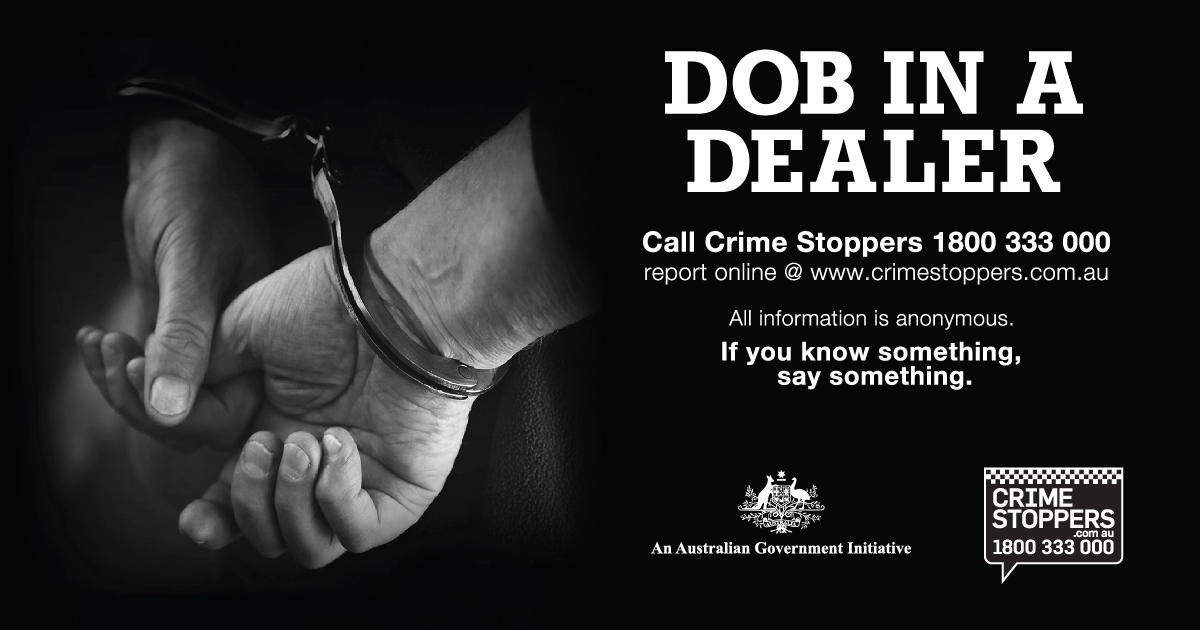 Today the Australian Government’s new million dollar Dob in a Dealer campaign was launched in Farrer to help tackle the issue of manufacturing and distribution in our local area.

The Commonwealth Government is providing $1 million to fund the national Dob in a Dealer campaign to raise awareness of methamphetamine, or ice, and encourage local communities to contact Crime Stoppers to help tackle the issue of manufacturing and distribution in their local area.

Member for Farrer, Sussan Ley said the campaign enables local communities to play their part in reducing the impact ice and other illegal drugs have on our communities.

“Crime Stoppers will be on the ground in our local area for the next two weeks encouraging residents to dob in a dealer,” Ms Ley said.

“I urge all residents in the Albury-Wodonga area to take this opportunity to say enough is enough and help rid our streets, parks and neighbourhoods of criminals profiteering from the misery of ice, by anonymously calling Crime Stoppers or lodging your concerns online.”

The National Ice Taskforce Final Report, delivered in December, identified that the most important strategies to protect Australia from this devastating drug – and the violence it causes – is to disrupt supply and reduce demand.

That is why the Coalition Government has made significant investments in law enforcement and committed an additional $300 million over four years to improve treatment, after care, education, prevention, support and community engagement.

Ms Ley said this is vital campaign in Australia’s fight against ice, but its level of success relies on the local intelligence Crime Stoppers receives.

“It is up to all of us to work together to rid our streets of this menace. Police can’t do it alone,” Ms Ley said.

If you have information about someone who is manufacturing or dealing in ice call Crime Stoppers on 1800 333 000 or online at www.crimestoppers.com.au.