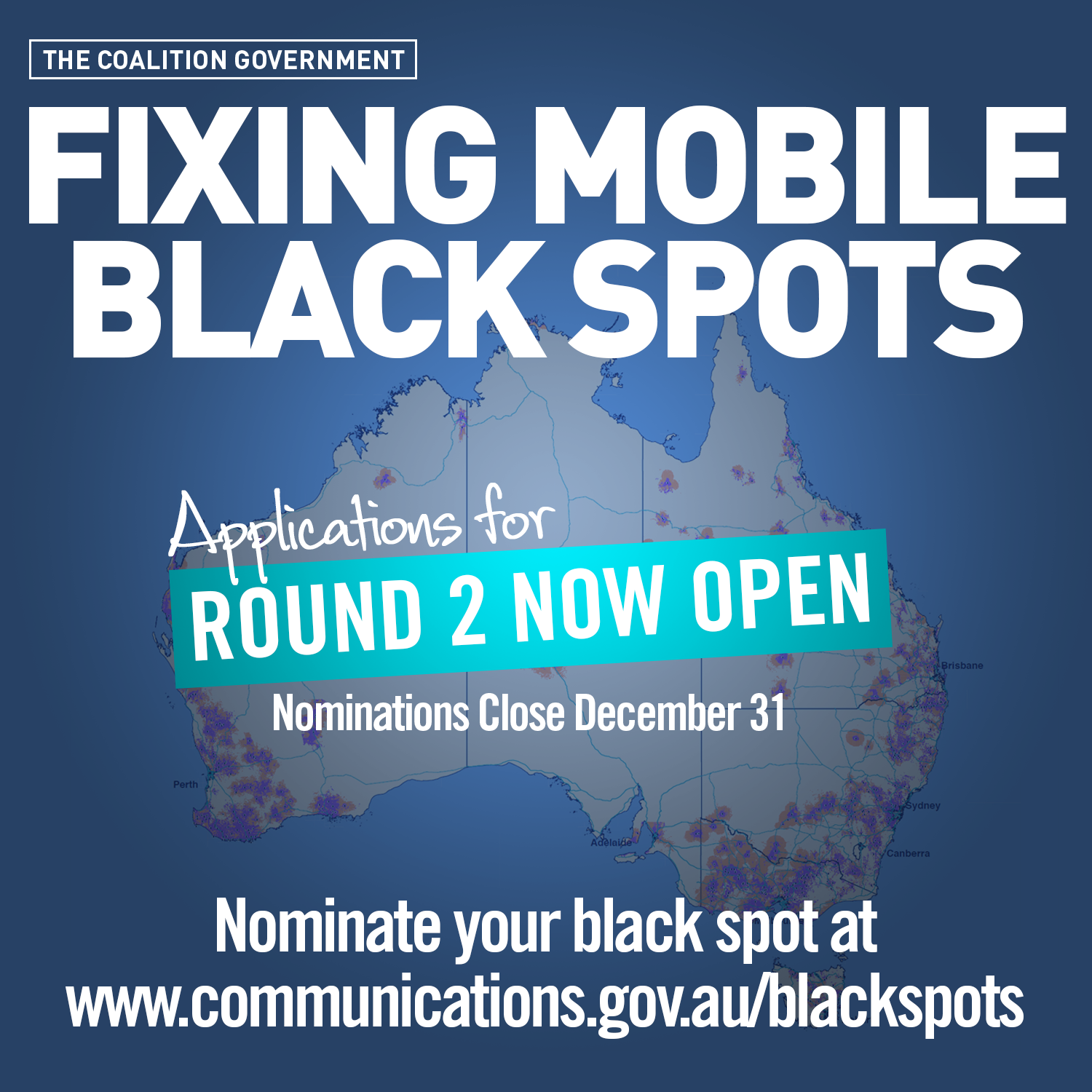 Member for Farrer, Sussan Ley, has today called for nominations of mobile black spot locations which will make up part of Round 2 of the Australian Government’s Mobile Black Spot Programme.

The Government has committed $60 million nationally which will help provide new or upgraded mobile coverage, particularly in regional and remote Australia.

“The Coalition Government understands the importance of mobile coverage in country areas and invested $100 million under Round 1 of the programme, which will see almost 500 new mobile base stations built nationally,” said Ms Ley.

“This programme assists in identifying priority blackspot locations, particularly in regional and remote Australia, and I strongly encourage residents of Farrer to nominate locations in their local area before the deadline of December 31.”

Over 6,000 locations were nominated under the first round, and sites not able to be addressed are to remain in the database as eligible locations for Round 2.

“This is the biggest one-time increase in mobile coverage from a single funding programme in the history of mobile telecommunications in Australia and locations nominated as mobile black spots by people living in Farrer will be added to a national database, which can then be supplied to mobile operators as part of a competitive selection process,” said Ms Ley.

Operators will be required to nominate sites where they would build new or upgraded base stations to serve the black spot locations nominated by the public.

The Government will then select successful locations in accordance with the ranking process set out in the Mobile Black Spot Programme Round 2 guidelines, with the information being made public prior to the commencement of the competitive selection process, scheduled to begin in early 2016.

The Government expects to be in a position to announce the successful locations under Round 2 by the end of 2016.

Black spot nominations for Round 2 of the Programme can be made online at www.communications.gov.au/blackspots or may be emailed at [email protected] until Thursday, 31 December 2015.

A map of mobile black spot locations and the locations which will receive new or upgraded coverage under the Programme is available on the National Map: http://nationalmap.gov.au/