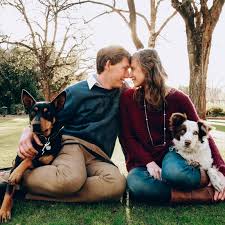 Ms LEY (Farrer—Minister for the Environment) (15:38 Tue 04 Feb): May I acknowledge the words of my neighbour, the member for Indi.

There are many stories to come from this summer of bushfires, and there will be many more to emerge as the analysis of this fire season continues. One of those stories that I’d like to reflect on is from my home community of Albury.

It was two days after a firestorm killed a local Rural Fire Service volunteer, Sam McPaul. People began flocking to a small steel shed on the northern outskirts of the city, home to the Lavington Rural Fire Brigade. A constant stream of cars, utes, small trucks and people were lugging donations of water, tonnes of non-perishable food and all sorts of goods, clothing and other essential items. People were dropping them off and then asking what else they could do. As the local Lavington fire captain Bruce Barnes noted: in 40 years as a volunteer firefighter, he’d never seen anything like the support shown by the Albury community on that day. Prompted by no more than a single Facebook post and a brief mention in the local Border Mail newspaper the city came together, galvanised behind the local New South Wales Rural Fire Service and their amazing volunteers to honour Sam.

Of course, there’s always been admiration and respect from the Albury-Wodonga community to the drop-everything, can-do approach of our fire volunteers from both the RFS and the CFA. News of young Sam McPaul’s death, however, seemed to move this sentiment into a different zone. He was a young man from the tiny country community of Morven, 60 kilometres north of Albury, between Culcairn and Holbrook, hopping on the back of an RFS truck to help defend another small country community an hour or so away.

The fire had originally started as a reasonably benign outbreak of one to two hectares when lightning struck in dry and rugged terrain outside Jingellic, around 70 kays east of Albury, on Sunday night, 29 December. But after 15 straight days of extremely hot, dry and above-average temperatures the forest and farmland was at its most vulnerable. New South Wales Rural Fire Service crews and water bombing aircraft were unable to contain the blaze as it quickly engulfed dozens of hectares along the Murray River.

The next day maximum temperatures in the 40s were expected with hot, gusting north-westerly winds around 30 to 50 kilometres per hour. Unsurprisingly, these conditions saw the blaze spread quickly to the south-east.

The Green Valley fire, as it was titled, grew up to 27,500 hectares and travelled 40 kilometres in a 24-hour period. A member of the Morven rural fire brigade, a local mechanic and keen sportsman, Sam McPaul, was assigned to the neighbouring Culcairn north-west crew as they fought to save properties along a section of the river. The expanding blaze created what is known as a pyrocumulus cloud, a rising column of hot air. It stretched some eight kilometres in height on that Monday night. RFS crews had been pulled back from the danger zone and Mr McPaul’s small team had entered a paddock on open and clear ground. They were 50 metres from the farm gate with little around them to burn. Without warning, seismic weather brought extreme winds, and what can only be described as a fire tornado, lifting the back of the eight tonne truck, fully inverting the vehicle and dropping it on its roof. Sam’s location in the truck meant he had no chance of escape.

The Culcairn fire captain, Andrew Godde, and his cousin and fellow Culcairn brigade member Rodney O’Keeffe were also in the truck on the River Road when Sam McPaul lost his life at 5.50 pm Monday 30 December. Rodney O’Keeffe was badly burnt during the incident and was flown to the Alfred Hospital. Andrew Godde received burns to his hands and was treated at Holbrook hospital and released the same night. Mr Godde later described that the crew were on the flank of the fire, which is normally the safest spot to be, and what they all thought what was not a dangerous situation became extremely serious, not in minutes but seconds, with no time to defend or respond.

Sam McPaul died on the fire ground at the age of just 28. He’d been married to wife, Megan, for just 18 months. She was pregnant with their first child, due this coming May.

I want to mention at this point the fire in the Green Valley was still only just beginning its destructive path, flaring again not long after New Year’s day, on 4 January, when two fires in the area merged to threaten the community of Jingellic, coming within metres of the town’s hotel. The fires would burn for another month and were only officially declared as under control 23 days later. The Green Valley-Talmalmo fire burnt over 208,000 hectares.

In my electorate alone it destroyed eight homes and 22 other buildings. But, importantly, the RFS was also directly involved in what they call ‘saves’, managing to protect and directly prevent the fire from destroying 110 other homes and outbuildings in the Greater Hume Council area.

We may be reflecting on the fires so far today but, of course, the threat is still with us—it has been since August of last year. From my part of New South Wales we have seen literally hundreds of local volunteers deployed to fight the fronts in south-west Queensland, on the New South Wales north coast, around the Sydney Basin and New South Wales Hunter fires, outside Queanbeyan, at the South Coast and Snowy Mountains. Volunteers have been taken away from their loved ones for days and weeks on end, willingly giving up their time to help their fellow Australians. For each firefighting volunteer on the ground elsewhere, we’ve seen others step in behind them to protect local terrain.

We’ve also seen others step up to help feed resting crews, to look after their health and welfare or their families’ needs while they are away. Or to give them a massage—even driving them home at the end of an exhausting time on the fire front.

During January, the fire threat also hit the nearby alpine areas south of the Murray River. We saw numerous sorties of C-130 water bombers leave Albury Airport, just like the international crew who would tragically lose their lives a week or so later, helping to thwart rapidly-expanding fires in the Victorian snowfields. So today I also want to remember Captain Ian McBeth, First Officer Paul Hudson and flight engineer Rick DeMorgan Jr, who died when their plane crashed while fighting the fire north-east of Cooma on January 23. These men were among the many personnel who have come to assist our nation from other countries, the United States, Canada and New Zealand amongst them.

We will never forget the debt we owe them, travelling halfway around the world, so far from home, to help us in our time of need. The many and varied fundraisers set up for the families of those who have lost their lives can be found on the RFS website.

There were other firefighters from the Southern Border RFS team who were injured in other incidents: Stuart Anderson and Andrew Julian are out of hospital and recovering well. Deputy Group Captain Ian Avage has made an almost full recovery from his minor injuries from an accident where his vehicle was blown off the road.

The amazing efforts of our volunteers are being matched by the generosity of those who want to help. It was that spirit of helping out during the toughest of times which brought the City of Albury and so many of its number out to the Lavington bushfire brigade just a month ago. The message from the fireys in my area to their federal parliament is pretty simple: that in this fire season, the usual tactics, strategies and resources for fighting fires have tested emergency services to their absolute limits.

Despite all this, they have been able to achieve enormous success in defending both life and property. This has been achieved by volunteers and professionals maintaining their determination and strength, their resolve and morale. From the ashes of this summer, if we actually learn the lessons there to be learnt, we’ll be even better prepared and adapted to cope in the future, no matter what that holds.

As minister, I have been travelling the firegrounds and managing the first stages of the implementation of our bushfire response for native wildlife and habitat restoration. I have seen so much when it comes to the damage to the built environment, the rural environment and the natural environment against a background of drought and climate change.

There are many things I could say about what I’ve seen and what I’ve learnt, and what our government is doing to support our communities, but today is not the day. Today is a day to find some silent space amongst all these words—to put aside the petty toing and froing and the transactional bickering of our everyday lives—to give thanks for the people we love and the people who love us. And, above all, it is to recognise the unbearable loss being felt by those for whom we dedicate this condolence motion—like Sam’s mother, Cris, whose world ended one day during the scorched summer of 2019 and who now has to learn how to live with unrelenting sorrow in a life that will never be the same. This day is for them.