Commemorating ANZAC Day and centenary of Battles on the Western Front 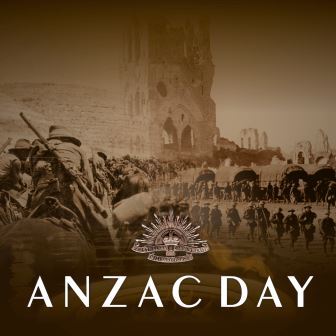 Local MP Sussan Ley is again encouraging communities across the Farrer electorate to pause on ANZAC Day in honour of the service and sacrifice of Australia’s men and women who have served in defence of our country.

“We are forever grateful to those who have served in our Army, Navy and Air Force. ANZAC Day also enables us to remember more than 2350 members currently deployed with the ADF,” Ms Ley said.

Our service men and women are doing an exceptional job contributing to the international effort to combat the Daesh terrorist threat in Iraq and Syria, as well as supporting the NATO-led assistance mission in Afghanistan. We are also contributing to various UN missions and helping to enhance security and stability in our own region.

2017 also marks the centenary of the Battle of Bullecourt in France, which has particular significance to the city of Albury when the 13th Field Artillery Brigade ‘Albury Battery’ helped recapture the nearby village of Noreuil in April 1917. A special local centenary commemoration of this encounter occurred earlier this month.

“The battle at Noreuil is indicative of the hundreds of ‘local stories’ of service and sacrifice repeated across Farrer and across the nation.”

“Yet, there is no hierarchy of sacrifice for Australia’s defence personnel. It is impossible to say that one conflict was more important than another, that one effort was greater or lesser than another. All represent an equal, selfless commitment to our country,” Ms Ley concluded.

The Hon Sussan Ley MP will be attending services in both Narrandera and Griffith tomorrow.

Australians are invited to share how they mark Anzac Day on Facebook at www.facebook.com/AnzacCentenary, or on twitter.com/DVAAUS with #AnzacDay.