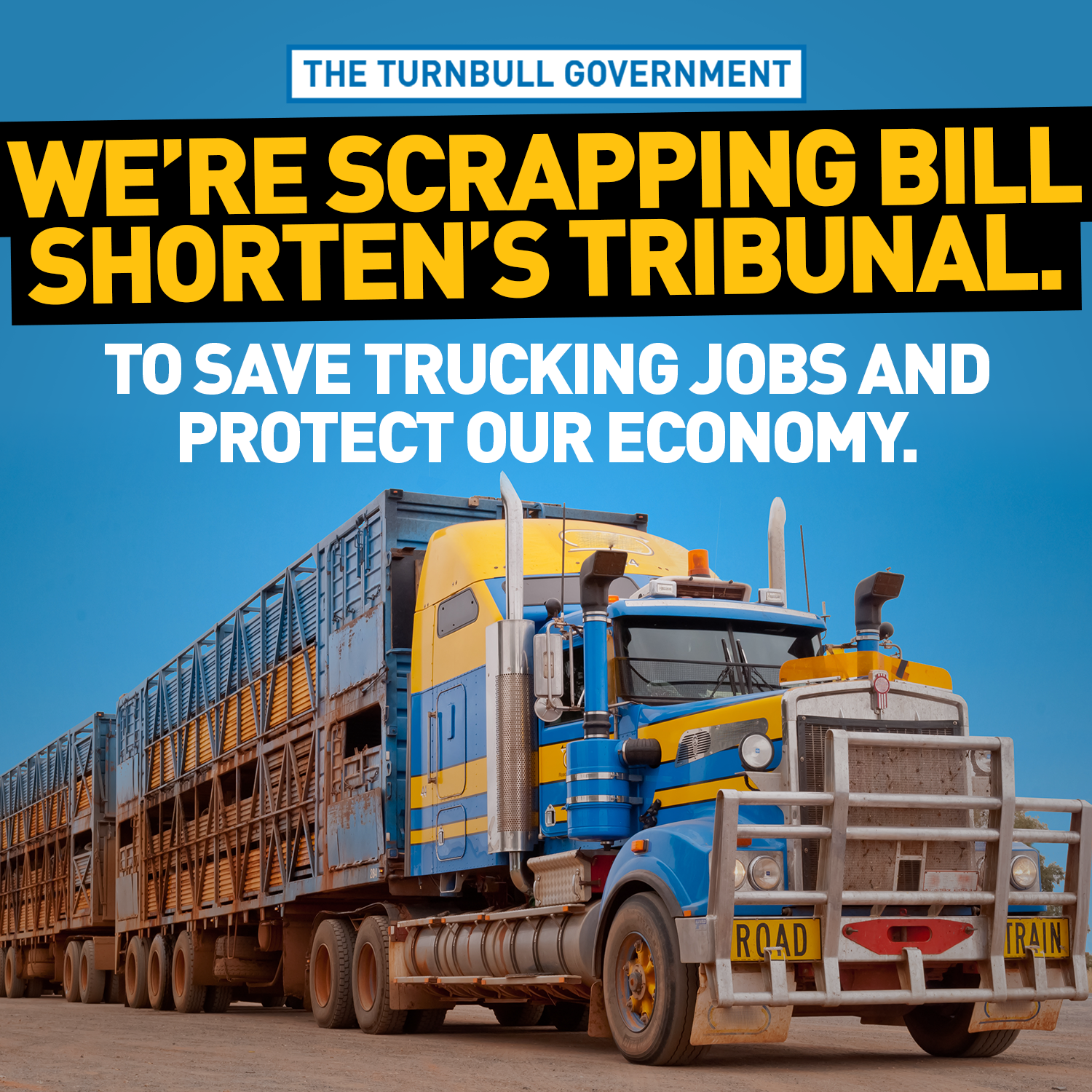 Member for Farrer, Sussan Ley said the Coalition has today committed to abolishing the Road Safety Remuneration System (RSRS) if it is returned to Government at the next election.

“The Coalition Government will take action to support truck owner-drivers across Australia who are unfairly disadvantaged by the destructive Road Safety Remuneration System Payment Order, which came into effect on 7 April 2016,” Ms Ley said.

“It is clear that the reasons Bill Shorten set up the RSRS were fundamentally flawed and designed only to advantage the Transport Workers Union.”

The Coalition Government has acted on the evidence found in two reviews of the RSR System, which found that the rationale for the system is flawed. We are now taking action to fix the mess that Labor created while also implementing additional measures to improve safety outcomes for all road users across the country.

The National Heavy Vehicle Regulator (NHVR) is the body that can actually deliver real and tangible road safety outcomes in the trucking industry.

Ms Ley said the Government has also announced today that funds from the RSRS will be redirected to the NHVR as a result of the abolition of this system.

“The Commonwealth Government will be consulting with State and Territories to determine how best this funding can be used to re-prioritise and strengthen safety measures that will deliver real results,” Ms Ley said.

“The NHVR administers the Heavy Vehicle National Law, responsible for regulating a range of safety-related measures including driver fatigue, speeding, loading requirements and for ensuring that supply chains share equal responsibility for ensuring standards are complied with.”

This regulation, unlike the RSRS, has broad support from the industry.

The Bill the Government will be taking to parliament when sittings resumes on 18 April, if passed, will suspend the operation of the Order and provide the trucking industry with certainty, until such time as we take legislation to a new parliament to abolish the RSRS.

The Australian people will have a chance to provide us with a mandate for this crucial reform.

“We are committed to continuing in this positive direction,” Ms Ley said.

“However to do this we must focus on safety measures that are backed up by soid evidence and which deliver tangible results for all road users.”

“Unlike the Coalition, Labor and the unions approach to road safety is to jeopardise the livelihoods of mum and dad truck drivers who just want to be able to run their own businesses.”