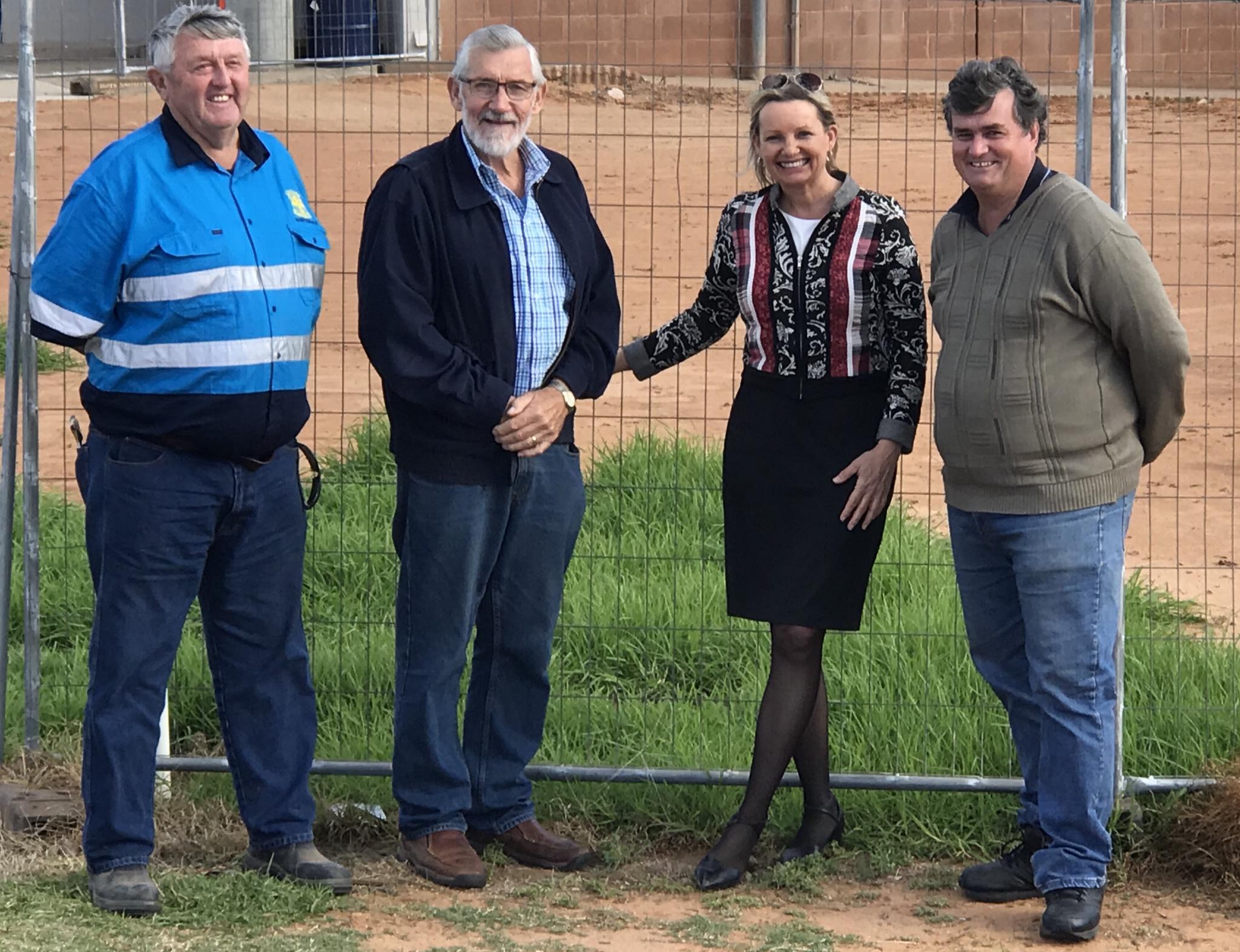 A re-elected Morrison Government has committed to invest over $496,000 to assist in the upgrade of the Leeton Showgrounds.

Making the announcement on Thursday (9th May) alongside Leeton Mayor Paul Maytom, Ms Ley said this Commonwealth contribution complements funding already allocated by the Shire Council and NSW Government towards the $1.8m project.

“After the old grandstand was knocked down last year, I know the Showground Trust and Football Netball Club were very keen to see things progress – this announcement unlocks the gate so we can get moving.”

“The new grandstand will seat up to 230 people, and brings facilities here in Leeton back up to the standard needed to attract as many events and participants as we can into town.”

In the lead up to May 18 Ms Ley has also announced a re-elected Morrison Government will fund a number of other projects across the electorate of Farrer including:

As part of the nation’s first sports plan – Sport 2030 – the Liberals and Nationals have set a goal to reduce inactivity across the nation by 16 per cent by 2030. As part of the plan, the following upgrades are guaranteed funding:

“The strong economic management of the Morrison Government means we can deliver upgrades like these, not only in Farrer but right across the nation”, Ms Ley said.