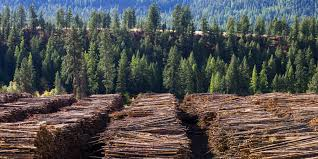 The Morrison Government is delivering on an election commitment to make it easier for plantation and farm forestry projects to generate carbon credits and access our $2 billion Climate Solutions Fund.

“It is more important than ever that we focus on creating jobs and supporting regional communities.

“These changes will encourage investment in new forestry projects which means more trees in the ground and more jobs in our local economy, supporting the families and businesses which rely on forestry jobs.”

“Reducing red tape for projects will support regional jobs and investment, including in communities hardest hit by last summer’s bushfires.

“Since 2014, the ERF has committed $1.9 billion to projects in regional and rural areas, with more funding available through the $2 billion Climate Solutions Fund.”

All ERF projects will continue to be required to meet relevant state or territory government rules and regulations. The revised rules follow consultations with farm and plantation industries and other stakeholders, and are in line with recommendations in the Grant King Review.

The Government will consider adding future forestry hubs on a case-by-case basis, subject to relevant jurisdictions having appropriate arrangements in place to manage any water impacts associated with expanded plantations.