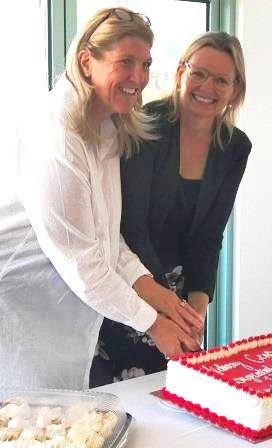 The Federal Government provided $500k in funding assistance for the $2.8 million redevelopment, which has led to a resurgence in use by local community groups.

“The expanded stadium, home to the Alcheringa Basketball Club, has been catering to netball and volleyball competitions, getting more locals active and on the court,” Ms Ley said.

“Since its opening the community hub has hosted important conventions such as the Djirra Women’s wellbeing workshop for Indigenous women, South West NSW Students Expo and a Seniors Expo.”

“A range of groups are making use of these wonderful facilities, including community organisations such as the Murray River Church and Buronga Senior Citizens Group.”

Wentworth Shire Council Mayor Melisa Hederics said the upgrades, which supported 50 jobs during construction, have built an enormous sense of pride within the community.

The Federal Government’s commitment to the project came through the National Stronger Regions Fund, which has invested more than $611 million in infrastructure projects across Australia.

The initiative focuses on strengthening Australia’s regions by improving their productivity, employment and workforce skills of regional Australians, while delivering a lasting economic benefit.