Budget is Labor’s chance to live up to their promises 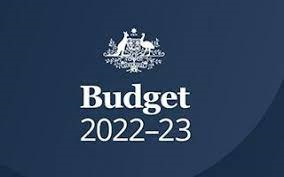 You might not remember the first speech delivered by Prime Minister Anthony Albanese, in front of a rowdy crowd of Labor faithful late on election night, but I do.

In his first speech as Prime Minister, Anthony Albanese made an important commitment to the Australian people.

It is a pretty simple test for this Labor Government. No one left behind. No one held back. It is a test they set themselves and it is a test we expect them to meet.

The shouts and cheers of that Labor crowd at the Canterbury-Hurlstone Park RSL have faded and the Albanese Government has been in power for almost half a year.

Today they deliver their first budget. It is an important moment for this Labor Government.
It is a chance for them demonstrate their plan to meet that important test.

First they must recommit to their election pledge that no one will be left behind.

No ifs, no buts, no weasel words — they need to promise that no Australian will be left behind.
Because from where I am sitting with each and every day that passes, they let more and more Australians fall through the cracks.

The Treasurer continues to talk about windfall gains from record resources revenue while telling those people to just be more resilient, to just catch up.

Labor talks about waste and rorts, well I’ll save them a bit of cash when it comes to their ‘Wellbeing Budget’.

It shouldn’t take a bunch of public servants in Canberra to tell this Labor Government Australians are doing it tough.

It shouldn’t take bureaucrats to tell them people are indeed falling behind.
If they are serious about helping those people, this budget will outline the cost of living plan they promised everyone at the election.

NAB’s Consumer Sentiment Survey found the cost of living hit across the essentials like groceries, fuel and bills will add up to a whopping $2,040 extra before Christmas alone. Food bills up. Mortgages up. Petrol up. Families are falling behind.

We need to see what Labor’s plan is to help families this side of Christmas.
While they are at it in this budget they can recommit to their promise of ensuring your power bill will drop by $275.

And they can let you know when that $275 saving will kick-in. What day? What month? Specific answers not waffle.

They can provide a plan to deal with power prices that are set to go up by at least 35 per cent next year alone.

Pensioners shouldn’t have to choose between heating and eating next winter.

The Australian Energy Regulator found that people are using solar fairy lights in their houses and ice bricks in their eskys because they can’t afford their power bills.
Pensioners are falling behind.

We need to see how they are going to make sure no one falls behind and we need to see it in the Budget. They also promised that no one would be held back.

They said they would support aspiration, not strangle it.

They must recommit to their election pledge that no one will be held back.

If they truly believe in this commitment Labor can pledge in this Budget that they won’t smash aspiration and rule out increasing income tax.

At the last election, the Australian people were told by Anthony Albanese that regardless of who you voted for, the Coalition’s Stage Three tax cuts would be delivered in government.

Anthony Albanese and Labor voted for this tax relief in the Parliament.
So the question for Labor is who isn’t working hard enough to deserve a tax cut?
Who is Labor willing to hold back?

Or it is a tradie or miner earning $130,000 a year who will lose $3,275 every year?
Australian families are busting their guts to put food on the table.

These workers are putting in 60 or 70 hour weeks.

That is why we backed them in with tax relief.

Labor promised no one would be held back but have spent the past five months making the argument to do just that.

So when it comes to Labor’s budget today it is a pretty simple test. No one left behind.

No one held back.

Anthony Albanese cut the cheques; Australians expect them to be cashed.