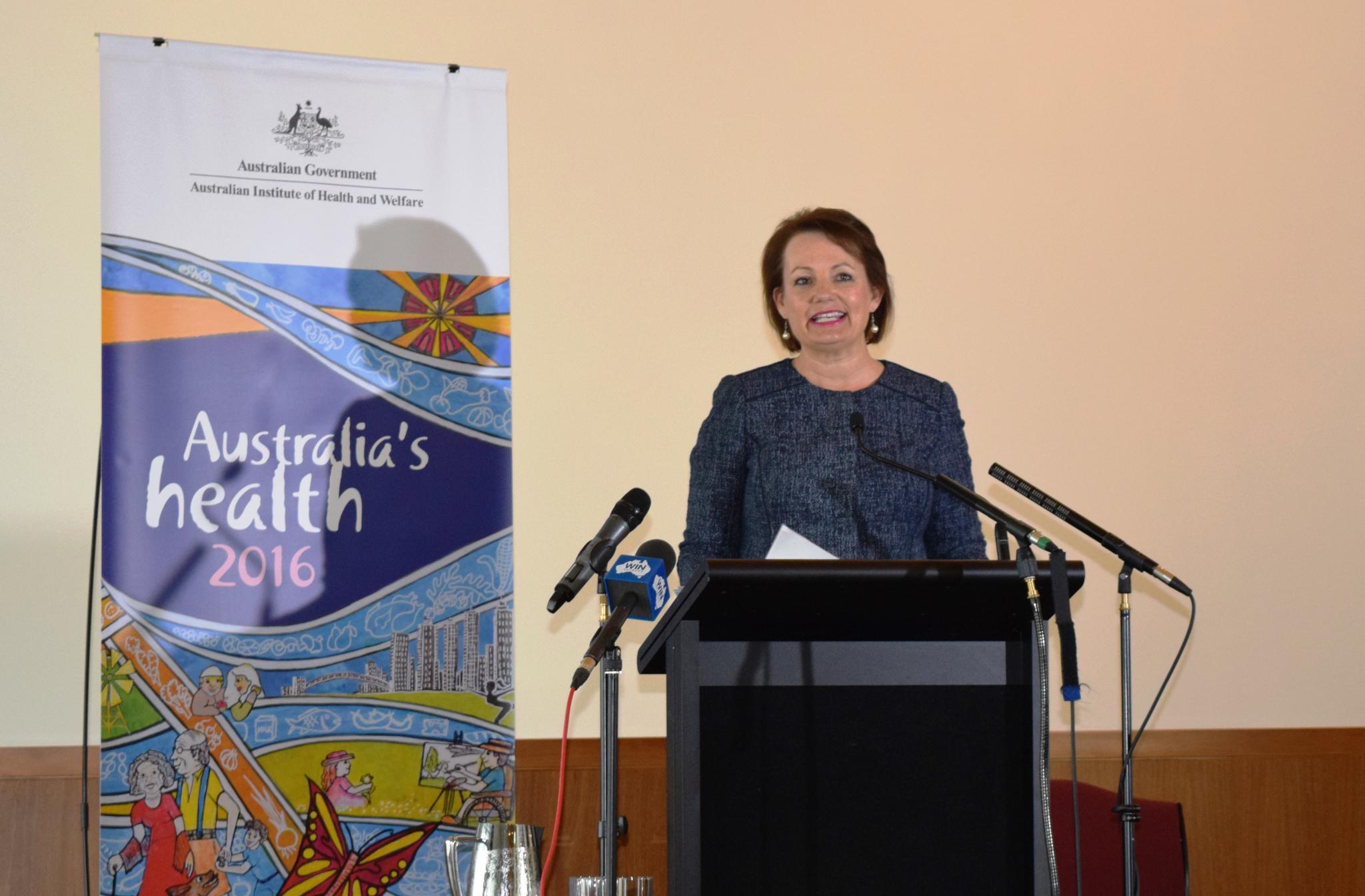 A new snapshot of Australia’s health has found we are living longer than ever before, but the rise of chronic disease still presents challenges in achieving equal health outcomes for Indigenous Australians and people living outside metropolitan areas.

“Australia’s health 2016 shows us that about 85 per cent of Australians rate their health as good, very good or excellent, which is a testament to the significant investment of the Turnbull Government into the health of our nation, with about one-quarter of total government revenue attributed to health spending,” Minister Ley said.

“Our Government’s priority is to ensure the high performance and sustainability of our health system over the long term. This is why the Turnbull Government is working closely with stakeholders to progress a range of health system reforms.”

“The report indicates that health outcomes for Australians have improved over time with life expectancy at an all-time high of 80.3 years for males, while a baby girl could expect to live for 84.4 years. Survival rates for cancer are also improving,” Minister Ley said.

Minister Ley said that despite plenty of good news on health in the report, managing chronic conditions and their impact on Australia’s health system remained one of our greatest health challenges.

“The report shows that half of Australians have a chronic disease – such as cardiovascular disease, arthritis, diabetes or a mental health disorder – and one-in four have two or more of these conditions,” Minister Ley said.

“This is why our initial investment of almost $120 million in the Health Care Homes initiative is so important. It will help to keep those with chronic conditions healthier and out of hospital. It will give GPs the flexibility and tools they need to design individual care plans for patients with chronic conditions and coordinate care services to support them.

“We recently announced the 10 geographic regions that will deliver Stage One of this important initiative from 1 July next year, and we hope the results will lead more broadly to a better, consumer-focused approach to health care.”

Australia’s health 2016 is available on the Australian Institute of Health and Welfare’s website.