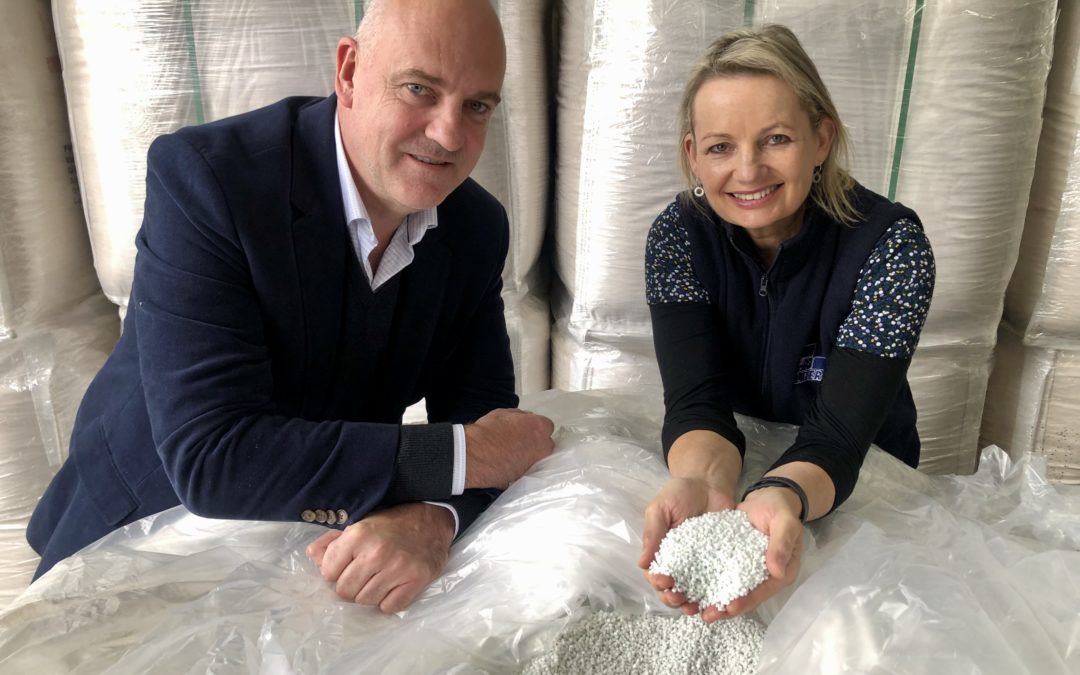 Member for Farrer Sussan Ley said one of the projects will help build the nation’s first specialised plastics recovery facility, and is among two successful proposals* for Albury from eight regional projects identified by the NSW Government.

“The Morrison and Perrottet Governments are co-investing $4.84 million across regional NSW so we too can play a key role in Australia’s recycling transformation,” Ms Ley said.

“A boost to jobs during construction and ongoing, the plant will be equipped with advanced air sorting to separate mixed e-waste plastics and recover flame-retardant-free single plastic polymers, such as polystyrene and ABS plastic chips.

“Reform3D at North Albury will also receive $165,000 for a new pelletising line and 3D printing robot cell to assist in the processing of recovered industrial plastics at its local facility.

“The upgrade will double its production of re-manufactured plastic pipes, culverts and other products for use by farmers, councils and builders.”

“We can dramatically speed up the process by directing government support and funding this way, working both for the environment and creating local employment opportunities.”

“I’m pleased that the NSW and Commonwealth Governments have joined together and contributed 50/50 to provide financial support to Scipher Technologies and to Reform3D to help realise tech and farming advanced waste recycling here in Albury.”

“The project represents an innovative recycling solution using advanced technology which will contribute to increased landfill diversion of one of the fastest growing waste streams in the country,” Mr Sayers said

The $280 million Recycling Modernisation Fund investment, together with other measures to support Australia’s National Waste Policy Action Plan, will create approximately 10,000 new jobs all around Australia over the next ten years.

The NSW projects are located at Albury, Tamworth, Hay, Cootamundra, Shoalhaven, Moama and Nowra – more details are available via this link.

The Recycling Modernisation Fund (RMF) which will generate over $800 million of recycling investment from Australian Government, state and territory governments and industry investments.