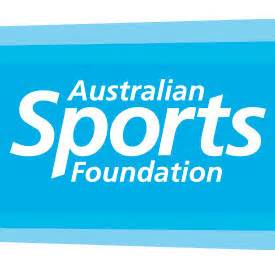 The Australian Sports Foundation has reported a record $32 million has been fundraised for sport, via tax deductible donations in 2015-16. The record figure was reported in the Foundation’s first independent Annual Report to Parliament tabled earlier this week.

The $8 million increase on the $24 million raised in 2014-15, has seen sport at all levels continue to benefit from the generosity of Australians.

“More sports groups now have access to a growing pool of tax deductible funds to assist with the purchase of training and playing equipment and improved facilities. It will lead to improved opportunities for healthy activity for boys and girls, men and women at all levels,” Minister Ley said.

The Sports Foundation is now self-funding and operates independently from the Australian Sports Commission, ensuring Government funds can be directed to sports and programs in need.

Sports Foundation Chief Executive Patrick Walker said the Foundation was delighted, in particular, with the growth in funding for grassroots and community sport, and expected to see this continue to forge ahead in years to come.

“Despite the recent growth, however, tax deductible donations to sport still represent only around 1% of all donations. We don’t think this reflects sport’s value to the health of our communities and its importance to the average Australian, and are determined to grow funding to $100m by 2020,” Mr Walker said.

The Sports Foundation has raised over $300 million for sport since its establishment.

It is listed in the Income Tax Assessment Act as a Deductible Gift Recipient (DGR) and is the only body in Australian where donations of $2 or more to sports projects are tax deductible.