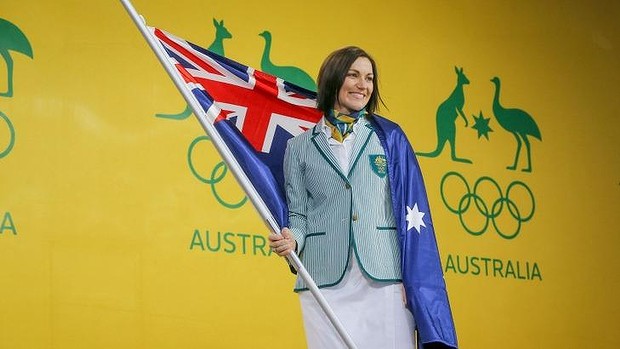 One of Australia’s greatest athletes has been awarded the honor of carrying the Australian flag at the opening ceremony of the Rio 2016 Olympic Games.

Aussie cyclist Anna Meares, a four time world champion in the 500 metre time trial, Olympic and Commonwealth Games gold medallist, will lead our nation to the games of the XXXI Olympiad in just 30 days time.

Minister for Sport Sussan Ley said Australia wishes our team well at Rio and should also be extremely proud to see one of the greats leading this nation into Maracanã Stadium.

“Not only is Anna a star of her sport, she has overcome enormous setbacks to stay at the top, including a horrific cycling accident seven months before the 2008 Beijing Games that left her with a broken neck,” Ms Ley said.

“Amazingly she was back on the bike within a fortnight, still made it onto the track in Beijing and won a silver medal for her country.

“After first competing as a 20 year old at Athens in 2004, this will be Anna’s fourth Olympic Games but first time at an Opening Ceremony. This is a wonderful honour for a wonderful representative of her country.

“I cannot think of anyone more deserving of the honour and I wish both Anna and our team all the best on the #RoadtoRio.”