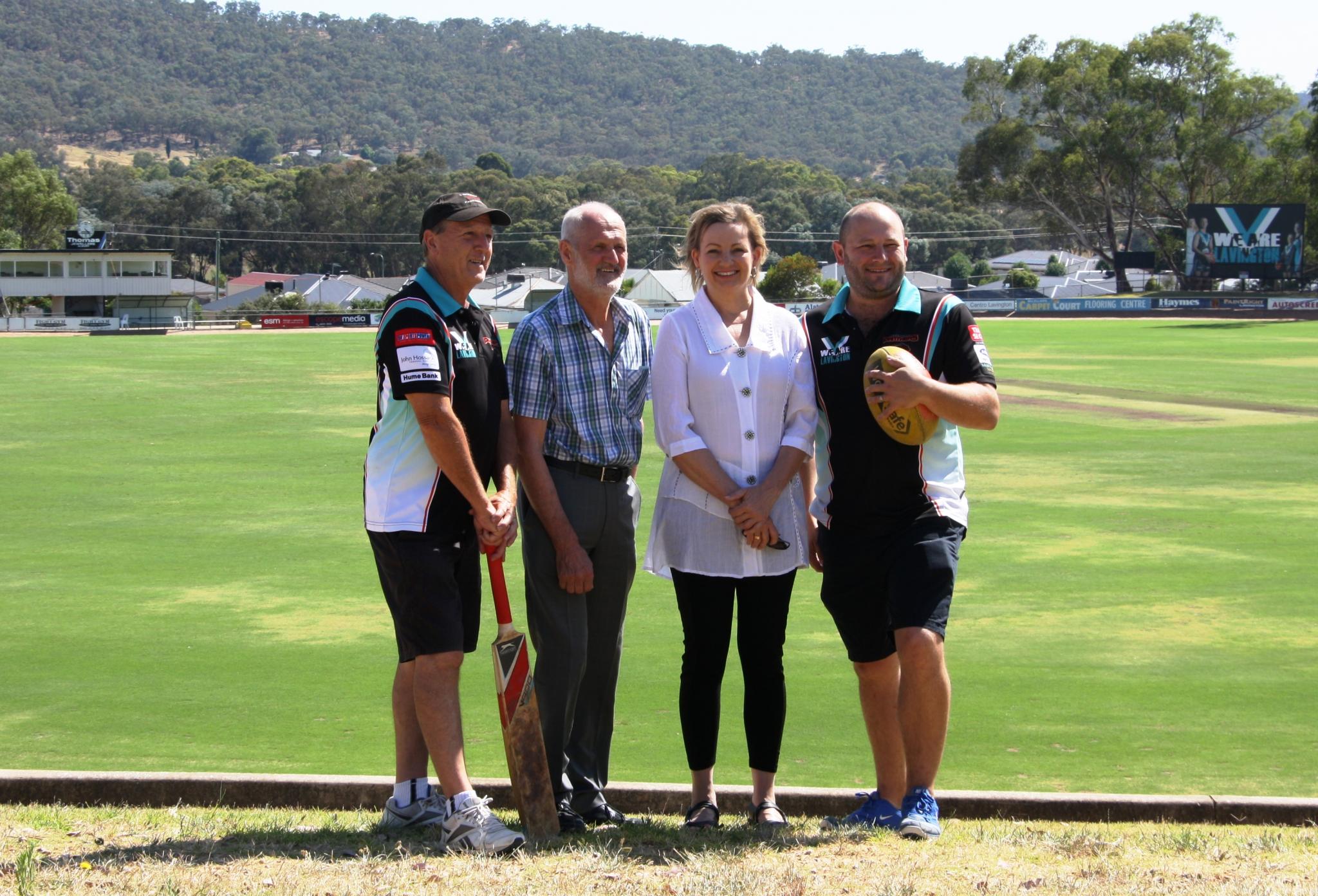 Deputy Prime Minister and Minister for Infrastructure and Regional Development, Warren Truss, and Assistant Minister, Michael McCormack, announced funding for projects that were successful under Round Two of the national programme.

Federal Member for Farrer, Sussan Ley, said that Round Two submissions were very competitive with a very high standard of applications.

“This shows that applicants have thought seriously about how well their project addresses the objectives of the Fund,” Ms Ley said.

Sussan Ley said funding was supporting investment in a diverse range of infrastructure nationwide, from tourism and transport infrastructure in addition to cultural, sporting and healthcare facilities.

“The $8 million redevelopment of the Lavington Sports Ground will enable Albury to attract and host major sporting events and carnivals driving strong economic impact for the region. Upgrades to the complex include a new multipurpose sports field, new change facilities, upgraded grandstand and permanent event infrastructure.”

AlburyCity Deputy Mayor, David Thurley, said that the Australian Government’s funding would enable the Lavington Sports Ground redevelopment to be fast-tracked, with an estimated completion date of early 2019.

“The project is estimated to directly and indirectly create 44 jobs and contribute $6.5 million to the local economy during construction and $9 million annually once operational, including the employment of 83 people both directly and from the follow on effects of more events.

“The development of the masterplan has involved extensive input from key stakeholders who are fully supportive of the project and that further consultation will take place over the coming months,” said Councillor Thurley.

Ms Ley said that these projects are identified as priority infrastructure by local communities, and the fund particularly encourages communities to form partnerships between not-for-profit organisations, local, state and territory governments as well as the private sector.

More information on the National Stronger Regions Fund, including a full list of successful Round Two projects and details on the application process, is available online at www.infrastructure.gov.au/nsrf.