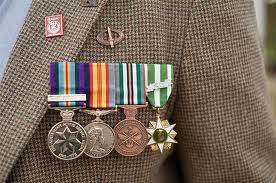 The Albury RSL Sub-Branch has received $11,545 funding to commemorate the service and sacrifice of those who served in the Vietnam War, Member for Farrer, Sussan Ley was pleased to announce today.

“I congratulate the City of Albury RSL Sub-Branch and the Royal Australian Army Ordinance Corps Vietnam Veterans Reunion 2016 committee on their efforts to recognise the invaluable contribution of those who served in the Vietnam conflict, and to ensure the next generation learns more about their selfless service,” Ms Ley said.

“I would also like to commend those works already undertaken by our local RSL Sub-Branch and look forward to seeing their reunion come to fruition,” Ms Ley said.

“In August this year, it will be 50 years since one of the most significant battles of the Vietnam War — the Battle of Long Tan. It is vitally important that the contribution of all those who served our nation in Vietnam is never forgotten.”

The Vietnam War Commemorative Grants program provides one-off funding of between $4,000 and $20,000 for community-based commemorative projects and activities that directly observe any aspect of the Vietnam War under the theme of ‘camaraderie’.

For more information about Saluting Their Service grants, visit www.dva.gov.au/grants or call 133 254 or 1800 555 254 from regional Australia.