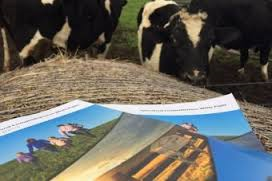 The Commonwealth Government’s Agricultural Competitiveness White Paper is an investment in our farmers and our competitive strengths in agriculture.

This is a vital part of our plan to build a strong, prosperous economy and a safe, secure Australia.

A strong agriculture sector contributes to a strong economy—and that means more jobs, more exports, higher incomes and better services to the community.

We’re determined to make the sector even more competitive and to deliver practical actions that will keep our farmers and farming families profitable and resilient.

A fairer go for farm businesses

The Government is delivering lower, simpler and fairer taxes for our farmers.

We have already abolished the Carbon Tax and the Growing Jobs and Small Business package announced in the Budget will benefit 97 per cent of farmers.

The White Paper and the 2015 Budget deliver a better tax system for farm businesses by enabling:

The Government will help farmers achieve a better return at the farm gate by investing:

-$11.4 million to boost ACCC engagement with the agricultural sector including a new Commissioner expert in agriculture. A more farm-savvy and proactive ACCC will encourage fair trading and strengthen competition in agricultural supply chains; and
-$13.8 million in a two year pilot programme to provide knowledge and materials on cooperatives, collective bargaining and innovative business models. This will help farmers to establish alternative business models (including cooperatives) and manage contract negotiations.

The Government is committed to reducing red tape from the economy by $1 billion each year. The White Paper delivers an additional $20.4 million to streamline agricultural and veterinary chemicals approvals.

Improved country of origin labelling will also let consumers know where food is grown and processed.

The Government’s $500 million National Water Infrastructure Fund will provide future water security for our farmers. The Fund is comprised of $50 million to undertake the detailed planning necessary to inform future water infrastructure investment decisions and $450 million to construct national water infrastructure, in partnership with State and Territory governments and the private sector. $200 million of the Fund will be dedicated to northern Australia projects.

The Government is already delivering on its commitment to invest $50 billion for current and future infrastructure.

The Government is investing an additional $60 million on top of the $100 million Mobile Black Spot Programme to improve mobile coverage across regional Australia.

Strengthening our approach to drought and risk management

The White Paper strengthens Australia’s approach to drought and risk management that encourages preparedness for the tough times and supports farming families and rural communities during drought.

The White Paper builds on the initiatives we announced in the 2015 Budget to assist Australian farmers prepare for drought and other natural risks including investing an additional $29.9 million for farm insurance advice and risk assessment grants.

Australia will always stand by farmers in drought. Including initiatives announced in the 2015 Budget, the White Paper provides long-term support for famers when they need it most:

-up to $250 million in Drought Concessional Loans each year for 11 years;
-$22.8 million to increase Farm Household Allowance case management for farmers;
-increased financial counselling services and improved access to community mental health;
-access for farmers to their Farm Management Deposits when needed, without losing tax concessions;
-$35 million for local infrastructure projects to help communities suffering due to drought;
-$25.8 million over four years to manage pest animals and weeds in drought-affected areas; and
-advice and help from the Australian Taxation Office.

A smarter approach to farming

The White Paper supports a smarter approach to farming based around a strong research and development system that underpins future productivity growth; and an effective natural resource policy that achieves a cleaner environment as part of a stronger Australia.
The White Paper provides the agriculture sector access to the most advanced technologies and practices by investing:
-$100 million to extend the Rural R&D for Profit Programme to 2021–22;
-$50 million to boost emergency pest and disease eradication capability;
-$50 million for better tools and control methods against pest animals and weeds;
-$1.4 million to match industry levies and contributions in the export fodder and tea tree oil industries; and
-$1.2 million to the Rural Industries Research and Development Corporation.

The Government is already helping farmers access skilled and reliable labour by focusing on better training through the $664 million Industry Skills Fund and making visa programmes more flexible such as expanding the Seasonal Worker Programme to all agricultural industries and removing the annual cap.

The Government is opening new export markets and will protect Australia’s highly prized biosecurity status, which underpins our valuable exports.

The Government’s investment in the White Paper to improve access to premium markets includes:

Together we are building a stronger, more productive, more profitable and more sustainable Australian agriculture sector.

To find out more go to agwhitepaper.agriculture.gov.au