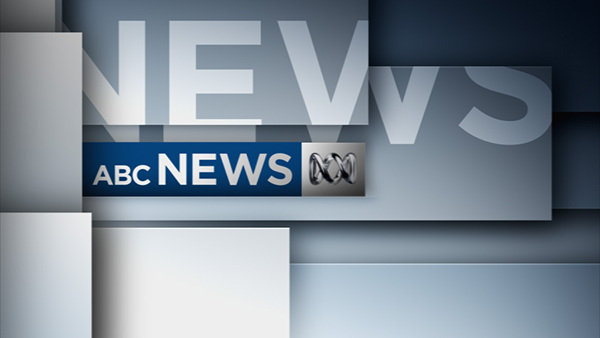 MIRIAM COROWA: We are now joined by Acting Leader of the Opposition in Albury, in New South Wales Sussan Ley, thank you for speaking to us on ABC News. Just firstly, in recent days, the government has been commented that it’s been too slow to respond to these calls to have payments reinstated when should the payments have been made available to people?

THE HON. SUSSAN LEY MP, DEPUTY LEADER OF THE OPPOSITION:
Far too slow, and Anthony Albanese today has refused to acknowledge his error. We were calling last Sunday for these payments to be reconsidered. And it’s now almost a week later.
Just days ago, the Prime Minister was confronted by Kiralee on breakfast television, saying that as a female casual worker, she could not afford not to be supported. He doubled down and said that those payments could not be made to Kiralee and now, a backflip, dragged kicking and screaming by the state premiers to an emergency rushed meeting of National Cabinet and of course, we welcome the reinstatement of the payments but this is two weeks after they stopped.

COROWA:
The Prime Minister has said that timeframe was set in place by the previous government, the Morrison Government and that he was simply adhering to what was inherited. Does the Opposition take any responsibility for the timing of the way that these payments have now been provided?

DEPUTY LEADER OF THE OPPOSITION:
That’s just another ridiculous excuse from the Prime Minister. He had the health data. His Health Minister stood up days ago and said millions of people are going to get COVID. He had the briefings and the information. We’re not sitting at the National Security Committee table. We’re not getting those briefings. He knew as those payments were concluding exactly what the health situation was turning into with new waves of COVID.

So to sort of put his hands up and say “not my problem” two weeks in, as there are people who have actually had to do without these payments. I’m thinking of the largely female casualised workforce that we all see, helping our cities, our towns, our health system, our aged care, run, helping our restaurants, our retail, and knowing that they’re on some of the lowest wages and unlike many of us, can’t choose to work from home.

Putting them in this impossible position is unacceptable and Anthony Albanese needs to apologise to every casual worker who has suffered stress as a result of this flip flopping.

COROWA:
Now the pandemic is extending more than two years now, of course, various waves and situations and circumstances that have been presented. So is this merely a case of an incredibly fluid circumstance and the difficulties of being responsive to those changing circumstances?

So yes, I mean, he has failed to this first test of managing a pandemic as a Labor Government having to rush together this National Cabinet meeting, which was effectively those state premiers and the AMA and health officials saying “come on”, you know people who can’t afford to stay at home may well go to work and that’s not good enough and they have previously been given a payment, where is it now for them? So yes, he has failed this first test.

COROWA:
Is the new timeframe of September 30 for these payments now to be made available enough?

DEPUTY LEADER OF THE OPPOSITION:
Look it is just 10 weeks, and obviously, the pandemic moves quickly and unpredictably. And a government needs to be able to respond. We can’t have this stop start continue to happen. So I hope that the government is well prepared to take the action they need to depending on the circumstances, whatever they may be, come the end of September.

COROWA:
Now we’ve also had some other measures announced with that statement following National Cabinet. In particular, we’ve had a telehealth item reinstated as well as to assist those people who are infected by COVID who are needing a consultation to receive anti-viral treatment. The president of the AMA Omar Khorshid is saying that some 70 telehealth items have in fact ceased since the first of July and has call for those to be reinstated. What’s your position?

DEPUTY LEADER OF THE OPPOSITION:
What I would say is that you have to listen closely to the health advice and that includes the AMA, and that includes GPs. So we have our public health system working incredibly hard, but we also have primary care and people’s first port of call is to go to their GP and that may well be a telehealth appointment if they’re isolating from home. So, let’s not forget primary care. And you know, I welcome the reinstatement of this telehealth item. Of course I do. But keep close to what your general practice tells you is my advice to the government at this time.

DEPUTY LEADER OF THE OPPOSITION:
Well, the mask advice has always come from our state governments via their public health systems. And I think the statement out of National Cabinet was that that should be consistent. I think that makes sense but it also needs to respond to individual circumstances and I’m noticing as I walk around my town that people are choosing to wear a mask in crowded situations. That’s always a good thing to do. Keep the masks on public transport. We haven’t seen that quite as much as perhaps it should be recently and people will take that responsibility, but they need to know that they’re backed by a government that has their back when it comes to the help that they need when they’re at their most vulnerable.

COROWA:
Acting Opposition Leader Sussan Ley, thank you very much for taking the time to speak to us on ABC News.