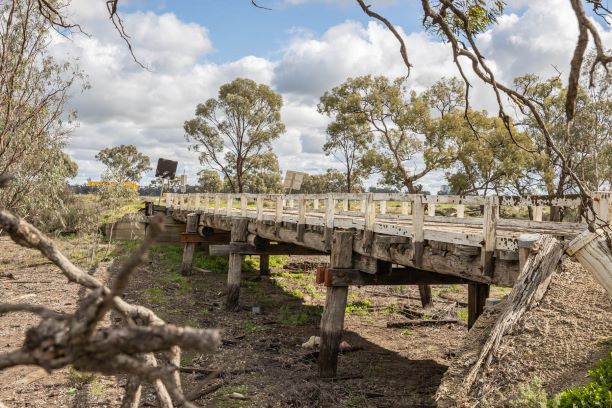 Local MP Sussan Ley has unveiled over $9 million in new road and bridge funding set to get underway in Farrer over the next 12 months.

Key among the local spend* is a joint $5 million NSW/Commonwealth bridge project south of Griffith, continuing a series of major collaborative works to the south and east of the city.

According to Ms Ley, this is all about improving the safety on an increasingly busy freight route, with a large number of heavy vehicles mixing more frequently with local and visiting drivers.

“$2.48m from the Morrison Government is being matched by NSW and means planning for the work can get underway almost immediately.”

Another $2m has been committed for two projects in Hay Shire, including construction of a replacement crossing for Nimmie Creek, just south of Maude, and a new bridge over Sandy Creek on Nap Nap Road.

A section of Maude Road to the south will also be sealed with $792k allocated for Edward River Council.

Other sites include replacements of the Yarrein Creek Bridge on Moulamein/Swan Hill Rd and the Jimaringle Creek timber bridge on Rangemore Road (pictured).

In Greater Hume the Wantagong Straight bridges on Jingellic Road will strengthened to allow heavier traffic, in addition to resealing a 1.9km section of the Culcairn-Holbrook Rd at Morven.

Another bridge (Billabong Anabranch) will be replaced on Federation Way near the Oaklands turnoff toward Urana, as well as improvements to the livestock load-handling facilities at Finley Saleyards.

“The timing of these projects couldn’t be better and allows local councils to fast-track their highest-priority infrastructure projects, providing local jobs and boosting the economy, while build safer bridges and transport routes through Farrer,” Ms Ley said.

Deputy Prime Minister and Minister for Infrastructure, Transport and Regional Development Michael McCormack said the latest rounds of the Bridges Renewal Program and Heavy Vehicle Safety and Productivity Program would support 350 projects across the nation.

“I am pleased to deliver more than $290 million in funding to more than 350 projects nationwide, which will upgrade and replace bridges which have been damaged or are deteriorating and improve key heavy vehicle infrastructure.”

A list of all successful applicants is here: Bridges Renewal Program and here: Heavy Vehicle Safety and Productivity Program.