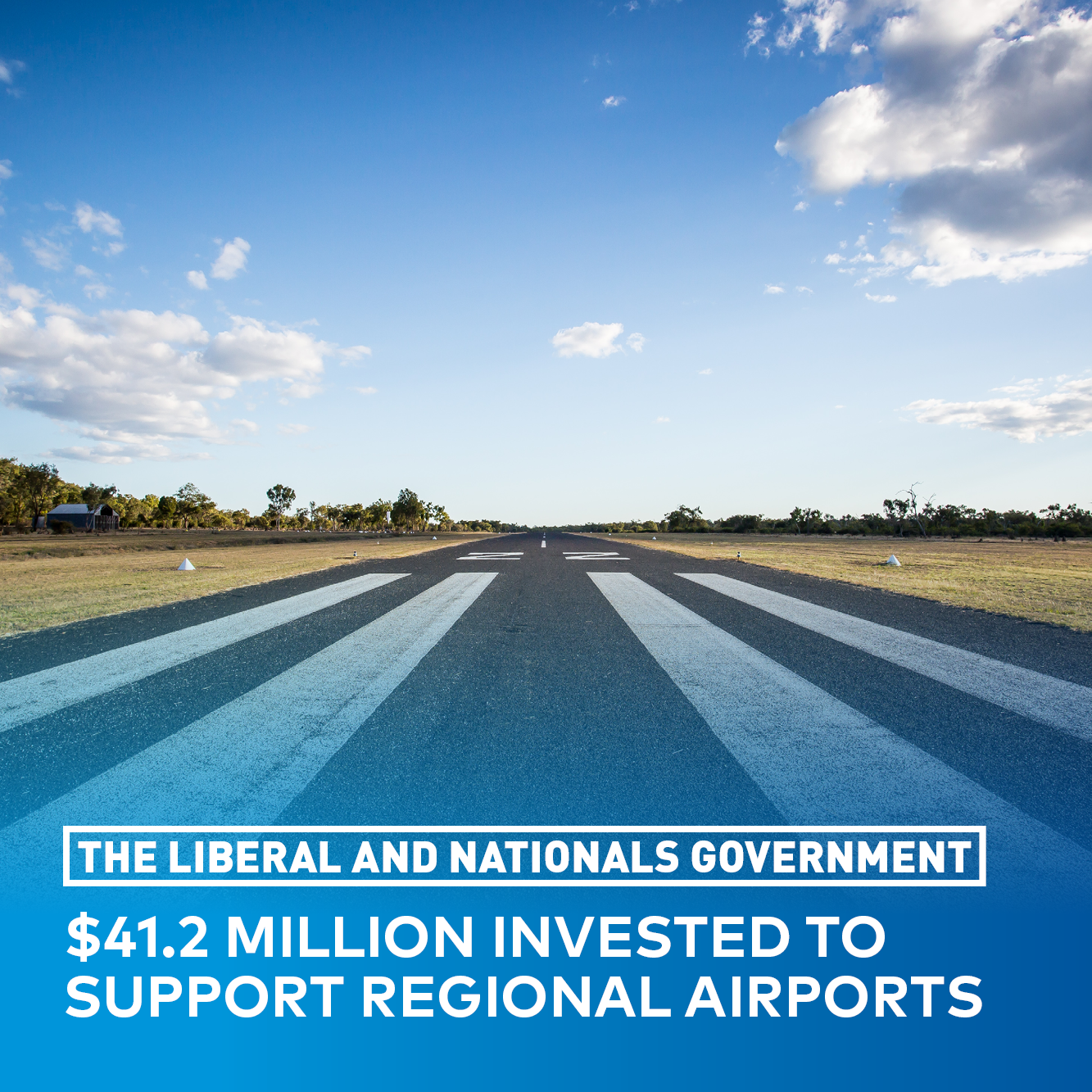 Allocated towards strengthening and lengthening the runway at Deniliquin Airport, Ms Ley said she had been speaking with the Council over several years about their desire to boost flights and capacity at the local airstrip.

“I am truly delighted we’ve been able to do this for Deni. Having an airport with the capability to cater for increased passenger and freight movement is a real  game-changer, and potentially provides an enormous to boost the local economy.”

Edward River Council Mayor Norm Brennan said the upgrade of the runway had been on Council’s radar for a couple of years now.

“While the runway is currently suitable for lightweight aircraft, these improvements will cater for larger planes and have the potential to increase the visitor economy and encourage value-adding industries.

“The project will renew the existing tarmac, extend the runway by up to 200m, improve the current lighting and improve surface drainage.

“These upgrades will result in a 1400 metre long by 30 metre wide runway and the lighting upgrades will ensure we meet the current CASA standards.

“This is an exciting project for Council and a significant investment for the region. We’re aiming to have the upgrade complete by mid-2022,” Mayor Brennan said.

“We are investing $100 million over four years from 2019-20 to 2022-23 to help owners of regional airports right across Australia deliver safer runways, taxiways and other safety upgrades such as new fencing and safety equipment.”

For more information on the Regional Airports Program, link here.