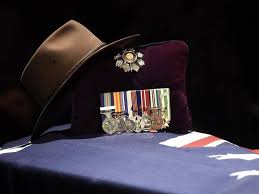 The Federal Parliament today offered its condolences on the passing of former Member for Farrer, Tim Fischer.

You can find them in the day’s Parliamentary Hansard, including the thoughts of the Hon Sussan Ley MP which follow…

‘On behalf of the people of Farrer, may I thank members, senators and, indeed, the wider Australian public for their wonderful tributes and thoughts expressed for my predecessor Timothy Andrew Fischer in the time since his untimely passing.

For someone who was truly one of a kind, and notably shy at a young age, there have been so many who have come forward to tell us their own unique anecdote of the man they knew.

It is astonishing that—from Lockhart, just west of Wagga, where Tim was born and raised; through to Xavier College in Melbourne, where he was educated; to Albury, my home town and where he based his main office; through to the Vatican in Rome—everyone seems to have their own Tim story.

In fact, constituents would call into my office and say: ‘I’m going to Italy. I’d like to pop into the Vatican so that Tim can show me around.’ I would think, ‘He can’t stop everything for you,’ but he did, and they would come back full of what they’d seen and what they’d heard and the magic of Tim on the world stage.

Each of the stories of Tim have their own thread, but the words in the condolence book that is set up in my office reflect those themes: a true gentleman, a wonderful man, a genuine heart.

We recognise his political career quite appropriately in this place, but I remember the affable family man at the Wentworth show—he still went to country shows long after he’d retired from politics—standing there, snag in hand and boys by his side, talking to people. He remembered them all.

When I was at the Wentworth show just a few weeks ago everyone came up to me to say how sorry they were. In fact, as I travelled my electorate over the last fortnight whatever people had to say to me in my capacity as local member was second to what they wanted to tell me about Tim and how much they would miss him, always speaking of someone as honest and decent as the day is long, at home or internationally.

I remember boarding a commuter flight from Albury to Sydney and seeing Tim come on at the last minute—his things were in a Kmart bag, his hat was on his head and he was looking a little bit rough around the edges, just as we remembered him—and sit down to take his seat. I said, ‘Where are you going?’

He said, ‘Geneva.’ He was off to make the case for Australia on trade matters and matters of international significance but he was always there to talk about us, his people—where he’d come from and the roots that he held so dear.

On that morning, I was one of hundreds who made their way to the historic Albury railway station to witness Tim’s final journey. He had gone out on that train just a few weeks before for a fundraiser for our local cancer centre. It was packed with 200 people. He had gone up and down the carriage talking about trains and about everything everyone wanted to hear, and I think he was just too tired to make the train journey back, so he came back by car. But he was determined to make that last train journey on that morning.

One of Tim’s Akubra’s has been placed on display in the gallery at Lockhart, where all of his memorabilia is there for all to see. As you might expect, there are lots of replica trains, plaques, cars, books he authored and even a 1967 tractor from his beloved farm up the road. He had even donated all of his old mobile phones for the museum to display, which they do diligently and proudly.

When I asked the museum volunteers today what their memories of Tim are, they are of someone absolutely determined to experience everything life had to offer, no matter how long it lasted.

Australia has lost one of its great political characters and regional Australia one of its greatest champions. Tim was a mentor. His passion for the history, culture and politics of our region shone through in everything he said at home and abroad. He travelled among us, he spoke for us, and we loved him for that.

Whenever I drive the back roads of my electorate near Boree Creek, I will be reminded of the Vietnam veteran, the farmer in the slouch hat who strode amongst us, and of his passion for finding a place for rural Australia on the world stage.

He defined a time when the body politic was a lot kinder and gentler than it is today, and I think, in part, that will be his legacy.

The thoughts, the prayers and the love of the people of Farrer are with Judy—who taught me economics at university—Dominic and Harrison as they face the difficult weeks and months ahead.’