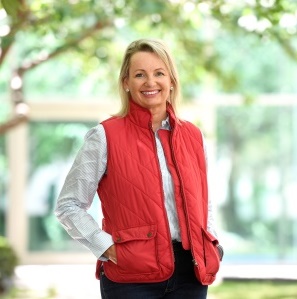 Sussan Ley
Well Good Morning, the last sitting week of Parliament revealed to all rural and regional members just how disconnected the modern Labor Party is, from our issues and our realities.

What I saw was Labor voting against our $5 billion dollar drought support package, which will disperse $100 million a year to drought affected farmers,

And I saw Labor decide to trash the Murray Darling Basin Plan by getting rid of the cap on buyback,

So what that means is that a future Labor government can march on your farm, when you’re stressed, when you’re struggling, make you sell your water, your greatest asset in the food bowl of Australia.

So, what does that mean for us? Well there’s an important message in this.

Every vote for an independent makes it more likely that Australia will have a Bill Shorten led government.

When I walk into the Parliament the Liberal and National parties sit on the left hand side, on the right hand side sits Labor and the cross bench.

The independents are in opposition to us.

So, every vote for an independent makes it more likely that we will get a Shorten Labor Government.

And my message to all of my constituents, and the wider people of rural Australia, as the Assistant Minister for regional services is be careful for what you might wish for, because that result, particularly in the Murray Darling Basin. would be devastating!

Journalist
Is Kevin Mack a serious threat to you Sussan?

Sussan Ley
Well what I would say about Mr Mack, is firstly anyone who puts themselves forward for public office deserves to be commended – because everyone does this because they want Australia to be a better place to live, work and raise a family.

The second thing I would say is that from comments Mr Mack has made, he’s going to be part time candidate for much of the campaign and a part time mayor.

He’s going to give perhaps a month to his full time candidacy across the electorate of Farrer – an electorate that’s almost as big as New Zealand.

Journalist
He can’t do both?

Sussan Ley
Well, as I’ve explained it’s an enormous electorate and being a candidate should be a full time job.

When I stood for election in 2001 I was a full time public servant with a snowflake’s chance of winning this seat and I left it all behind and committed myself fulltime.

Because I wanted very much to make rural and regional Australia a better place to live, work and raise a family. I wanted to bring the messages that my people give me every day to Canberra, and that dedication, from that point onwards, from the moment I put my hand up to be a candidate has been full on and full time.

Journalist
We’ve see the resignation of Julie Bishop this week, can you commit to Farrer for 2019?

And I’ve always said I wake up every morning determined to do things for the people l represent, and not a day has arrived where I haven’t had that determination, so of course I’m committed.

Journalist
Kevin Mack says Farrer has missed out and he used the example…he claims that only 13 mobile towers have been placed across Farrer in something like 18 years, and looking over across the border Cathy McGowan has managed almost triple that?

Sussan Ley
Well it’s very simple, Farrer is flat, and Indi is hilly and mobile phone signals don’t always travel very far in the hills, so I make that point.

But from 2001 until Labor got into power I saw 20 new mobile base stations delivered across my electorate and worked very hard for each of them, as I have for the ones that are on the ground in the last few years, and the ones that are coming, and are on the map ready to be built.

Journalist
Sussan, with water we know that particularly out west in your electorate it’s been a really huge issue, how much do you think votes will hinge on that issue?

Sussan Ley
Water has always been one of the biggest issues for me, and it remains that.

The pain and the angst that my communities are feeling in the current drought, with low water allocations is heartbreaking and I have felt that pain with them.

There are lots of things that I have been doing during this term of government including discussing withdrawing from the Basin Plan, which is an act that NSW could choose to do.

Moving environmental water to farmers – that got lost in a wall of state-federal bureaucracy – and I’m still working on that.

More lately I’ve called for an immediate independent assessment of environmental allocations and water entitlements, something I hope NSW would join me in because it is NSW farmers that are feeling this pain

But I come back my remarks about who will be in government post May. It will either be Scott Morrison or Bill Shorten – it won’t be a third party.

And under Bill Shorten what we saw in Parliament this week is an indication of the damage that will be done the communities I represent.

Because we’ve been through this before; we saw the water buybacks in 2010, we saw the disregard for rural communities.

I must admit though, it blew me away to see Labor voting against our $5 billion drought package.

Journalist
In terms of that drought package, how concerned are you that they wouldn’t support in light of what the season’s been like across most eastern Australia in the past decade?

Sussan Ley
Well it proves that they’re playing politics with the drought, which is pretty appalling.
But it also demonstrates that they don’t understand rural and regional Australia.

They don’t have members from rural and regional Australia, they play games with our futures and our lives, they’re happy to trash bipartisan agreements like the Basin Plan, and they’re happy to use the drought as apolitical plaything in what’s almost the final week of parliament for this session (term).