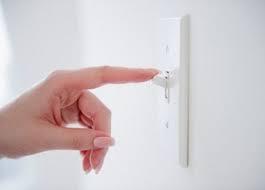 Thousands of Australian families and small businesses on standing offers will this month get an automatic discount of up to 15 per cent off their electricity bill.

From 01 January, energy retailers including Origin, Energy Australia and AGL have lowered their standing offer prices following pressure from the Morrison Government to remove the ‘loyalty tax’ on customers who are paying too much for their electricity.

For too long energy retailers have been taking advantage of these customers’ loyalty by massively increasing their electricity prices. The Government has demanded customers be put first and today loyalty tax customers are getting a better deal, including concession customers who need it most.

Other retailers are also offering targeted discounts for their concession customers, with EnergyAustralia and Origin also providing 10–15 per cent off usage charges.

While the Government welcomes the action taken by the energy retailers, there is more to be done.

Navigating your power bills, understanding your energy usage and negotiating a better deal can be confusing and time consuming. That’s why the Morrison Government has asked the Australian Energy Regulator to develop a reference bill to be implemented by 1 July 2019 in every region not already subject to regulation of standing offers.

A reference bill will provide a clear benchmark against which families and businesses can compare their own bills with ease. It will serve as a safety net to ensure customers get a fair deal.

Loopholes and dodgy late-payment fees are having an impact on one in four households. An average customer can end up paying $600 more a year just because they struggle to pay their electricity bill on time. This shameful practice must end, and the Morrison Government is driving changes to the rules to make this happen.

Consumers can go to the Powering Forward website to find ways to save on their electricity bills. A few minutes of talking to your retailer or shopping around could result in hundreds off the average bill and add thousands to the small business bottom line.