$45m in lost and unclaimed super in Farrer. Could any of it be yours? 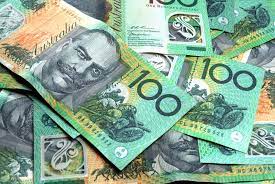 Around $13.8 billion in Australians’ hard-earned wages is waiting to be claimed, in the form of lost and unclaimed superannuation, including approximately $45 million in Farrer alone.

Workers may have lost or unclaimed super if you have changed your name, moved jobs or changed address, or forgotten to update details with a super fund in the last few years.

Farrer MP Sussan Ley says if you think you may have money to be claimed, you can log into MyGov and check for lost super with the Australian taxation Office (ATO).

“Local numbers indicate there are thousands of lost and unclaimed super accounts across the Farrer including $25.6m (57%) from the electorate’s two most populated cities, Albury and Griffith.

“Action taken by the Morrison Government has resulted in $7 billion already been reunited with workers across the nation, but with $13.8 billion still waiting it is worth taking the time to check.”

“In just a few clicks you could be boosting your super balance.”

“The ATO has done all the work for you. No need to search, no need to hand over information. If you have lost or unclaimed super, it will be sitting there waiting for you.”

“If nothing out of the ordinary appears, your super is up-to-date and in order,” Ms Ley said.

Further information about lost and unclaimed superannuation is available via the ATO website.