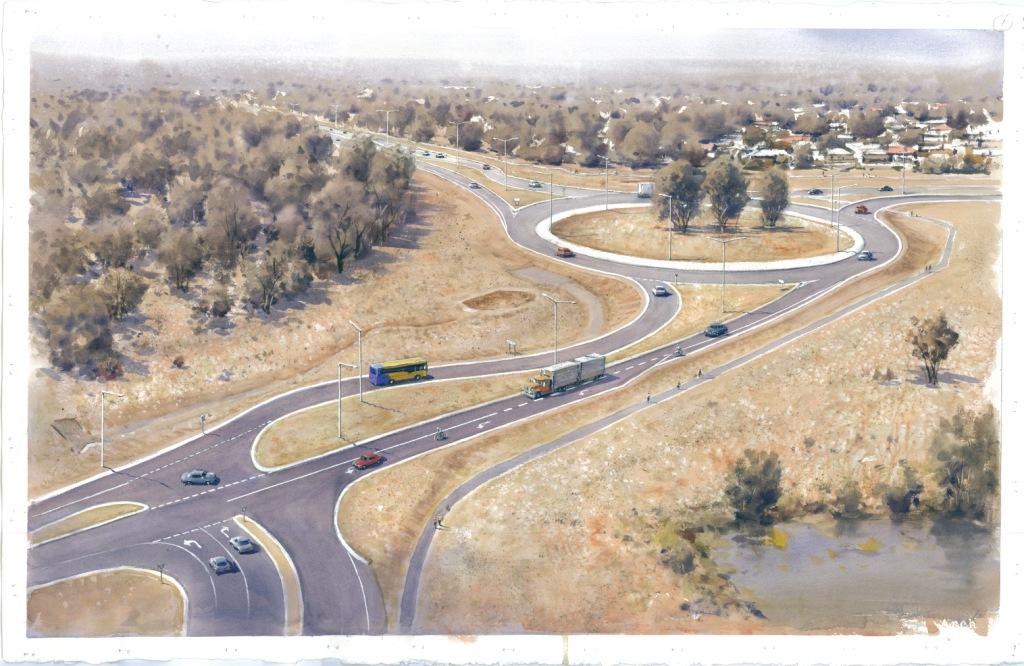 Work will begin soon on building a major new roundabout at the intersection of the Murray Valley Highway and Warren Street in Echuca – the crucial first step towards construction of a substantially more efficient, safer bridge over the Murray River between Echuca and Moama.

Federal Minister for Infrastructure and Transport Darren Chester said today that Echuca-based company, RECivil, had been awarded the contract for the roundabout’s construction.

“This is the first stage of the $280 million Echuca-Moama Bridge Project, which is the centrepiece of the Australian Government’s commitment to improving the safety of roads in the region,” Mr Chester said.

“This $3.77 million intersection upgrade will address long-standing community concerns about safety at this intersection as well as paving the way for a second Murray crossing in the region.”

Victorian Minister for Roads and Road Safety Luke Donnellan said today’s announcement was a significant boost for the Victorian economy.

“This is fantastic news for Echuca-Moama. This community has waited a long time for this dangerous intersection to be removed,” Mr Donnellan said.

“With RECivil winning this work, this project is putting local jobs first.”

New South Wales Minister for Roads, Maritime and Freight Melinda Pavey said New South Wales was proud to be working with the Australian and Victorian governments to build a second Murray River crossing for Echuca and Moama.

“Ten people have been injured at the intersection over the past 10 years,” Mrs Pavey said.

“Stage 1 of the project will eliminate the dangerous Y-shaped intersection layout, making it much safer and easier for commuters, tourists and larger freight vehicles to enter and leave Echuca.”

The Australian Government has committed $97 million, the Victorian Government $96 million and the New South Wales Government $87 million to deliver the Echuca-Moama Bridge project.