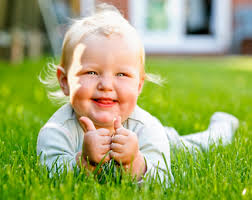 Busy parents stressed about keeping their child’s vaccinations up to date can breathe a little easier, with the Abbott Government unveiling its $26 million budget booster to Immunise Australia.

Minister for Health Sussan Ley today announced the Government’s full immunisation budget package, which will include incentive payments to GPs and other immunisation providers to identify children in their practice overdue for vaccinations and catch them up.

Ms Ley said it was part of a balanced “carrot and stick” approach that also included: improving public vaccination records and reminder systems; greater public awareness of the benefits of vaccinations; and the Government’s already announced ‘no jab, no play, no pay’ policy.

“I believe most parents have genuine concerns about those who deliberately choose not to vaccinate their children and put the wider community at risk,” Ms Ley said.
“However, it’s important parents also understand complacency presents as a much of a threat to immunisation rates and the safety of our children as conscientious objections do.”

Ms Ley said at least 166,000 children were recorded as being more than two months overdue for their vaccinations last year. This figure is in addition to Australia’s 39,000 conscientious objectors.

“We’re a Government that understands the stresses busy parents face every day and that many missed immunisations are unintentional, which is why we’re providing incentives and support to help keep children up to date with their vaccinations,” Ms Ley said.

“But there are parents intent on refusing to immunise their child and our ‘no jab, no play, no pay’ measure ensures they understand there is a significant price attached to their actions.

“Immunisations don’t just protect your child, but others as well – it’s known in medical terms as ‘herd immunity’. Vaccination is therefore one area of life where it pays to be part of the crowd.”
Ms Ley said the 2015/16 Budget would therefore include a $26 million boost to the Federal Government’s Immunise Australia programme, including:
An additional $6 incentive payment made to doctors and other immunisation providers who identify children beyond two months overdue for their vaccinations and catch them up. This will be paid on top of the existing $6 payment doctors receive to deliver the vaccination (total $12);
Developing an Australian School Vaccination Register to allow recording of all adolescent vaccines, as well as exploring options to capture adult immunisation records;
Providing a range of communication activities, tools and resources to increase awareness and understanding of the National Immunisation Program (NIP) and to address parents’ concerns regarding immunisation, including dispelling common myths. Tools to assist doctors in having these important conversations will also be developed.

Under the National Immunisation Programme, vaccination rates are recorded at years 1, 2 and 5.

Immunisation rates for Australian children has risen from just 50 per cent in 1990s to about 90 per cent today following the Howard Government’s increased focus on boosting vaccinations.

However, a rise in conscientious objectors and complacency regarding the need for vaccinations in recent years has seen much lower rates in some areas of Australia.

It also means further work is required to increase the national childhood vaccination rate so that it is high enough to meet ‘herd immunity’ for most vaccine preventable diseases.