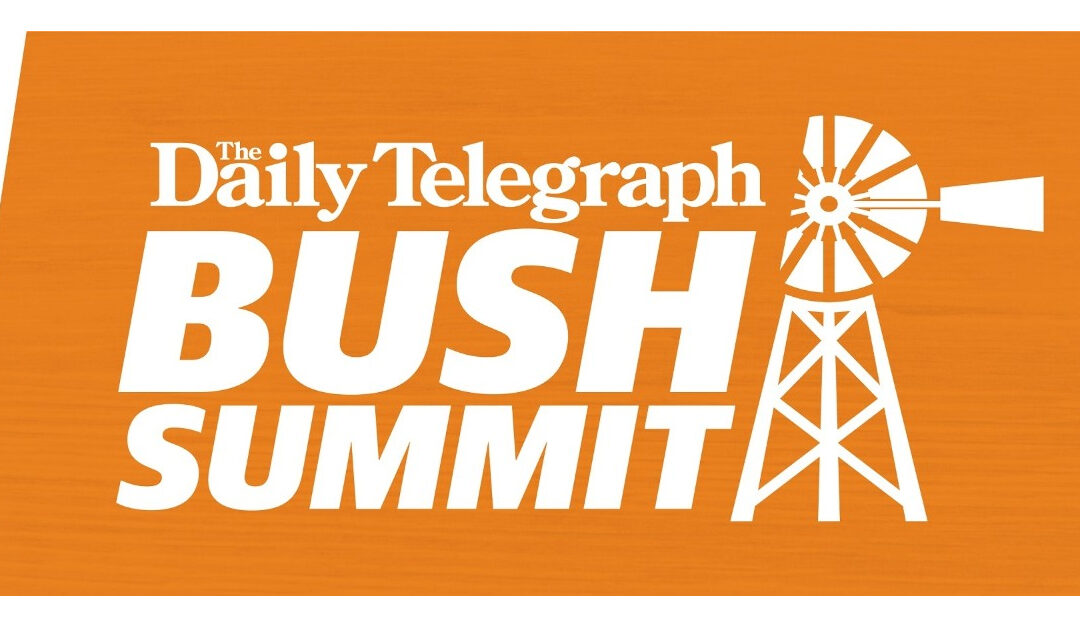 All speakers and highlights from the 2022 Bush Summit, held in Griffith are available here. An ‘In Conversation’ session with Sussan Ley and Daily Telegraph National Political Reporter, Clare Armstrong is here.

Sussan Ley
Well yet again we see Mr Albanese obsessed and consumed by the politics of the past, when Australians need him to focus on the challenges of today, their future, their businesses, their rising energy prices.

Remember the $275 broken promise, mentioned 15 times during the campaign, put to one side by this government and never mentioned again.

Rising mortgages that families are facing, the anxiety that’s associated with that.

And the cost of groceries every time you go to the supermarket.

Now, I’m here in Griffith where there’s been a fantastic Bush Summit today.

Mr Albanese flew in, admittedly, the fog delayed him, he was probably on the ground here for 90 minutes, couldn’t wait to get back to Sydney.

Yet again, indulge himself by looking in the rear-view mirror.

Meanwhile, ordinary Australians facing input costs that are going up, energy costs that are increasing. Out here in rural and regional Australia working hard to produce the food, the fibre and the manufactured goods that keep this country strong.

I am so disappointed.

Journalist
What does this say about the Albanese government’s priorities?

Ley
Well Mr Albanese once again made clear what his priorities are, and the inescapable conclusion is that they’re not the people and the businesses of rural and regional Australia.

He didn’t answer our questions about water. He didn’t give us confidence about our workforce, and he certainly didn’t address the cost of living squeeze that rural and regional Australia is facing in just the same way as the city.

Mr Albanese’s priorities are all about the past. He is obsessed and consumed by the politics of the past, when Australians need him to focus on the challenges of their future, their rising prices in the supermarket, their increased cost of electricity, and a broken promise, and mortgages that are looking to go up next month.

These are the priorities that Mr Albanese and his government should be focused on.

Journalist
Should Mr Morrison cooperate and participate in this inquiry?

Ley
Well, that’s a matter for Mr. Morrison. He’s put out two detailed statements and he’s stepped forward and made comments all along the way.

Journalist
What about the Governor-General, should he also participate, and his office participate in this inquiry?

Ley
Well, even Mr Albanese has said that the Office of the Governor-General behaved appropriately.

Journalist
And do you expect Scott Morrison to come to Parliament for the next sittings as a Member of Parliament?