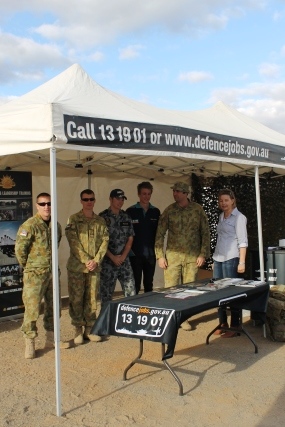 Member for Farrer, Sussan Ley today welcomed the release of the 2016 Defence White Paper, which sets out the Coalition Government’s comprehensive and responsible long-term plan to ensure Australia’s national security.

It is the culmination of detailed analysis of our strategic environment, Defence’s priorities and objectives, and the capabilities required to achieve these outcomes and an increase in the Australian Government’s Defence spending by $29.9 billion over the next decade, delivering the strategies and plans set out in the 2016 White Paper.

“Defence is already a significant employer in our area, which has important flow-on effects for the local economy. Perhaps just as importantly, Australians can be confident that the Turnbull Government will continue to deliver on its most important task – defending our nation and protecting and promoting our national interests.’’

“The investments outlined in the Government’s 2016 Defence White Paper will strengthen our Defence Force and provide a welcome boost to the local economy.”