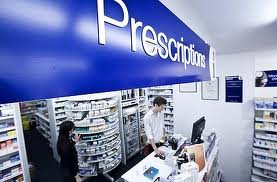 Over 2000 brands of common medicines could be slashed in price for millions of Australians – some by as much as 50 per cent – from next year in a “win-win” for consumers and taxpayers.

Minister for Health Sussan Ley today revealed the extent of the significant benefits to be brought about by the Abbott Government’s proposed improvements to the pricing of generic medicines if it passes the Senate this week as part of a broader reform package.

The changes are expected to see over 2000 brands of about 170 of Australia’s most common medicines instantly drop by as much as 50 per cent or more from October 2016 when compared with their current price (as at June 2015), with hundreds more to follow over the next five years.

Ms Ley said this included seven of Australia’s most common medicines for cholesterol, heart conditions, high blood pressure, osteoporosis, depression and bipolar, which alone treat three million patients between them and could save them upwards of $10 and $20 per script as a result.

“In just over 12 months’ time patients could be seeing the price of their everyday medications fall by as much as $60 to $250 per drug per year if our proposed reform package passes the Senate this week,” Ms Ley said.

“With a growing burden of chronic disease in Australia many patients now take multiple medications at once, meaning even greater savings as high as $500 or more annually.”

For example, it would not be uncommon for someone with a heart condition & signs of osteoporosis could be concurrently using:
Rosuvastatin to lower cholesterol (est. $202.32 annual save);
Telmisartan to lower high blood pressure & risk of heart attack (est. $134.76 annual save);
Clopidogrel to manage general heart problems (est. $63.84 annual save); and
Risedronate to manage osteoporosis (est. $268.32 annual save)
Total annual saving to the patient: $669.24 (saves based on June 2015 price vs Oct 2016 price)

Ms Ley said this was on top of other proposed measures for consumers – such as the ability for pharmacists to discount to the patient co-payment by $1 – and showed the importance of the Senate voting in favour of the Government’s proposed medicines reform package as a whole.

“It also highlights the importance of this balanced reform package for the future health of Australians, the Pharmaceutical Benefits Scheme and our nation.”

Ms Ley said this generics measure was a cornerstone of the Abbott Government’s broader Pharmaceutical Benefits Scheme (PBS) Access and Sustainability Reform Package.
In addition to cheaper prices for consumers, it will save taxpayers $2 billion over five years by reducing the price government pays for medicines that it subsidises through the PBS.

This ‘win-win’ is achieved by removing the premium brand – known as the ‘originator’ – from price calculations for medicines so only cheaper generic brands in the market are taken into account.

Savings from this originator measure will contribute about a third ($2 billion) of the Abbott Government’s PBS reform package’s total $6.6 billion in proposed efficiencies.

Ms Ley said it was essential government investment in existing medicines was as efficient as possible to ensure taxpayers could afford to list new expensive medicines now and into the future.

“The Abbott Government has a proven track record of subsidising new medicines quickly with almost $3 billion worth of drug listings added to the Pharmaceutical Benefits Scheme since we came to office,” Ms Ley said.

“In fact, we have already listed double the number of drugs compared to Labor’s last term in office in half the time.

“However, meeting community expectations that new drugs will be listed quickly also comes at a significant cost, with taxpayers expected to invest $50 billion making medicines more affordable for patients over the next five years alone.

“That’s why the Abbott Government has proposed a balanced plan for reform that will ensure spending on existing medicines is as efficient as possible so we can fund new drugs as well.”

Drugs become eligible for originator discounts if they are no longer protected by a patent and have been through three years’ worth of price disclosure.