$2.85m to back tourism in the Murrumbidgee 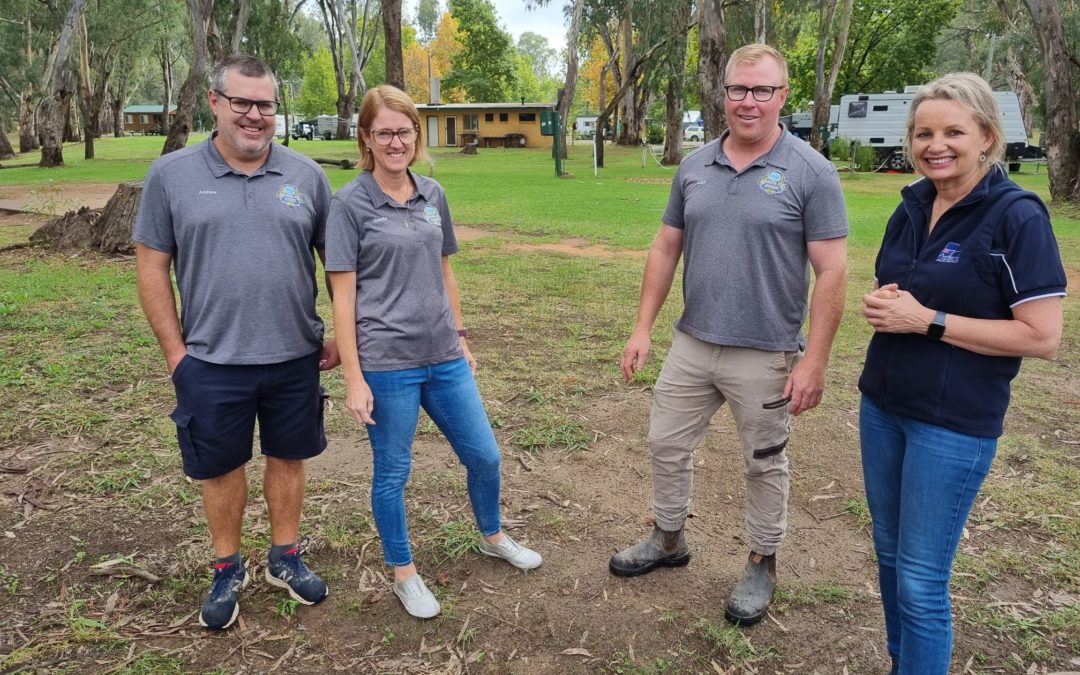 “Facilities like Darlington Point Caravan Park on the banks of the Murrumbidgee play an important role in the regional economy,” Mr Joyce said.

“This upgrade will help establish a new operations and management precinct, upgrade amenity buildings as well as providing a new camp kitchen and barbecue area.”

Member for Farrer, Sussan Ley, said the funding showed the Morrison Government’s commitment to rural Australia and the regional economy.

“Darlington Point is an important facility both for the local community and for the many tourists who come to this region,” Minister Ley said.

“Having been at the park only recently, it is clear to see its role in encouraging people to our region, as a base for exploring the Griffith wine country, or experiencing the beauty of the river environment.

“A re-elected Morrison Government will continue to deliver a better future for Farrer as part of our plan to build a strong economy and a stronger future.”

“Stage 1 of the proposed redevelopment will provide significant benefits for tourists and associated local businesses by providing a contemporary park to cater for increasing visitor numbers and varied accommodation demands.”

*Darlington Point is located on the banks of the Murrumbidgee River, roughly half way between Narrandera and Hay – pictured with the park’s managers Andrew Rodwell and Juanita Rodwell, and lessee Luke Payne.