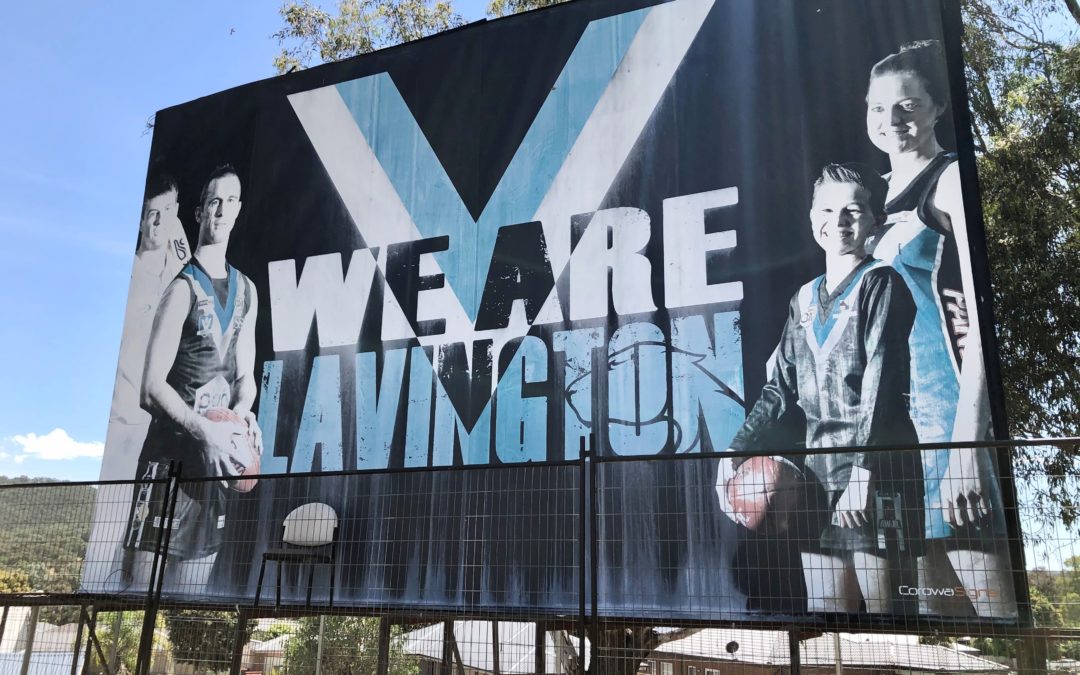 A new sporting era in Albury began today with the official opening of the redeveloped Lavington Sports Ground as one of the premier sporting venues in regional Australia.

The development of a second playing arena, new amenities, a function room and a grandstand extension has put Albury in a strong position to attract nationally significant sporting events, with major benefits for Albury-Wodonga’s visitor economy.

AlburyCity has thanked the Federal and State Governments for helping to make the $19.6M project a success, with the Commonwealth contributing $4.026M and the NSW Government providing $3.153M.

AlburyCity Mayor Kevin Mack said the redeveloped venue would be the jewel in the city’s sporting crown.

“The vision to create a hub for sports in Albury began in the 1970s when a group of volunteers worked together to transform the former seminary and turkey farm on the site into a place for local people to play sport and fifty years later, that vision has evolved into a sporting and events centre that will place our city at the forefront of regional sport for generations to come,” he said.

Deputy Prime Minister and Minister for Regional Development, Michael McCormack, said as the major sports facility between Canberra and Melbourne, the Lavington redevelopment will help the border host more carnivals and events, attracting more players and sports tourism opportunities to the region.

“The construction of a new multi-purpose field will host Aussie Rules, cricket, soccer and rugby league; an investment which also saw upgrades and a fit out of the existing grandstand, including change rooms, coaches’ boxes, a commercial kitchen, medical rooms and media area,” he said.

“Great sporting facilities are central to building and maintaining community engagement in physical activity, and with such a rich sporting history here already, this is a real investment into our future,” she said.

“Improving the quality and quantity of sports infrastructure in regional areas is a NSW Government priority,” Mr Lee said.

“This is evidenced by our new $100 million Greater Cities and Regional Sports Facility Fund announced in the 2020-21 NSW Budget.

Member for Albury Justin Clancy said the opening of the Lavington Sports Ground was a major signpost for border communities whose sporting activities had been severely impacted by COVID-19.

“This expanded and improved facility promises great things for the border in terms of sport and potentially other business events,” Mr Clancy said.

“I encourage everyone to come to Lavington Sports Ground and enjoy the great lifestyle and facilities we share here.”

Full details on the redevelopment are available here.