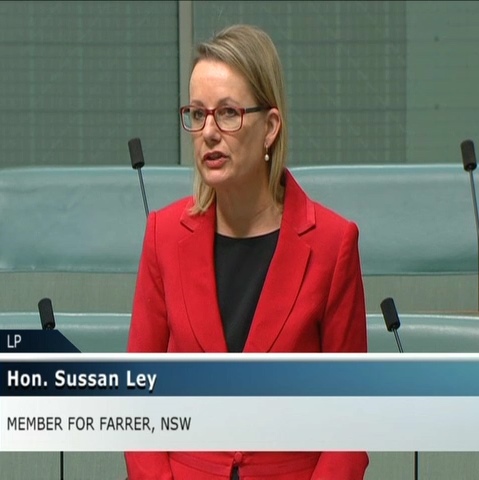 “Last night the Senate passed a disallowance motion which drives a stake through the heart of the bipartisan Murray Darling Basin Plan, a Plan designed to give effect to a healthy working catchment, looking after the communities and wetlands of the Basin

This political exercise, engineered by Labor to shore up votes in South Australia’s state election and a Victorian by-election, has crippled the confidence of my communities.

They have watched as politicians in Canberra and Adelaide have trashed years of effort, compromise, adjustment and change for base political advantage.

Almost all of the Murray and Murrumbidgee valleys are in my electorate of Farrer. We have worked hard, given up much, prepared for a future with less water and once again we confront an uncertain future.

It gives me no joy to say this on behalf of the people I represent, but as I foreshadowed last week, I have called Niall Blair, the NSW Water Minister, and urged him to withdraw NSW from the Basin Plan.

Trust has gone. Confidence has gone.

For over a decade we did what we were asked to do.

We gave up productive water for genuine environmental priorities.

We watched a Labor buyback drain life from our farming towns.

Line by line, farm by farm, family by family, we worked it through. In return we have been punished by Labor playing politics with all of our futures.

Today, we say ‘enough is enough’.”