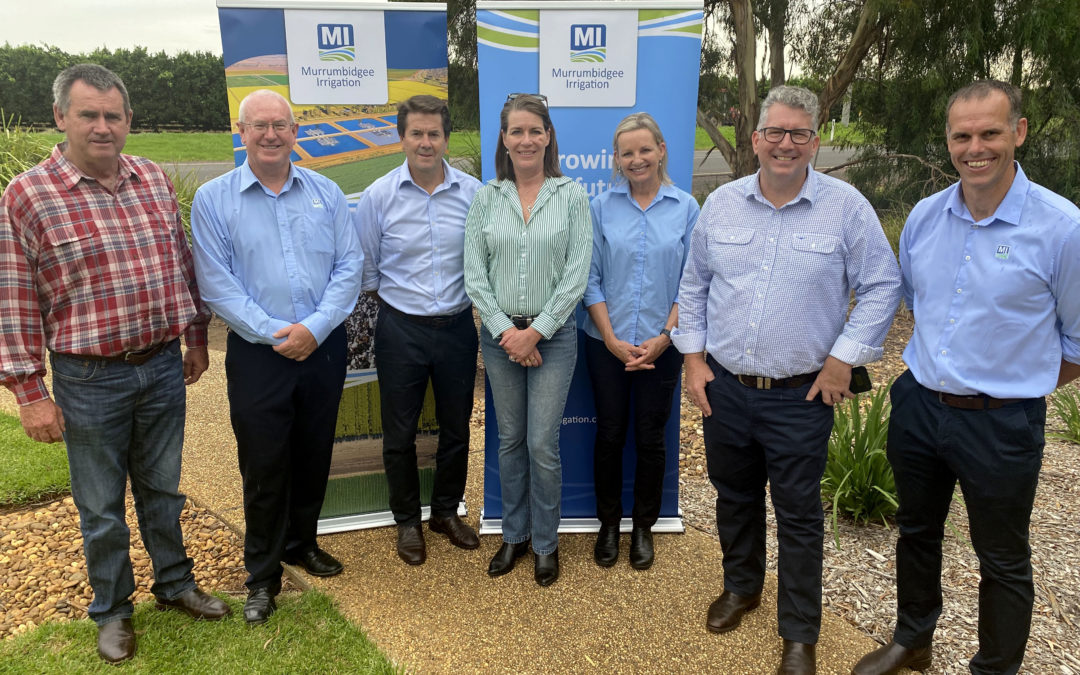 Minister for Resources and Water Keith Pitt today announced approval for the $126.48 million NSW Murrumbidgee Irrigation Automation Project to better prepare the water delivery network for the future while delivering 7.4 GL of water savings to the environment and water users.

“The project will upgrade 1,500 monitoring sites, automate 360 regulators, refurbish 20 kilometres of open earth channels and construct a new 5,000 ML surge reservoir that together will generate 6.3 GL per year of water savings for the environment and 1.1 GL for water users and their community.

“Projects funded through the $1.33 billion State Led Off-farm Efficiency Program will provide practical improvements to irrigation networks, better preparing them and their water users for the future, while generating economic activity and jobs for rural and regional communities.

“In addition to this project, the Commonwealth will also provide $5 million to support feasibility studies that will result in further applications to the Off-farm Efficiency Program across New South Wales,” Minister Pitt said.

Projects under the State Led Off-Farm Efficiency Program are proposed by states in partnership with irrigation infrastructure operators and submitted to the Commonwealth for assessment and agreement.

“The majority of submissions from the community agreed or strongly agreed that the project would result in neutral or positive socio-economic outcomes, with unanimous strong agreement from irrigators in the Murrumbidgee,” Minister Ley said.

“Recovering water by investing in off-farm infrastructure increases water availability for our farmers – turning water that would otherwise be lost to seepage and evaporation in irrigation networks into useable water that also contributes to Basin Plan outcomes.”

NSW Minister for Lands and Water, Kevin Anderson, said the state will continue working with local communities, industry and the Commonwealth to identify further opportunities under the Off-farm Efficiency Program.

“This is fantastic news for communities in the Murrumbidgee Valley who depend on this water for their livelihood. This project will keep water in communities while working towards environmental outcomes. Feasibility studies will be undertaken to scope further possible projects in NSW so more communities can stay productive,” Minister Anderson said.

“These studies will be important to ensure that the future water needs of irrigation network customers are known and that water savings projects can be developed to reduce water losses and share water between networks and the environment providing a win-win outcome.

“Feasibility funding will unlock and speed up new projects by funding important activities such as on the ground surveying, soil testing, modelling, detailed designs for infrastructure and project implementation planning.”

Senator for NSW Perin Davey said the federal and state governments were getting on with the job at hand so local communities and industries could benefit through this program.

“NSW has clearly recognised the important opportunity this program provides to modernise water network infrastructure while delivering water for the environment and increasing water availability for our users,” Senator Davey said.