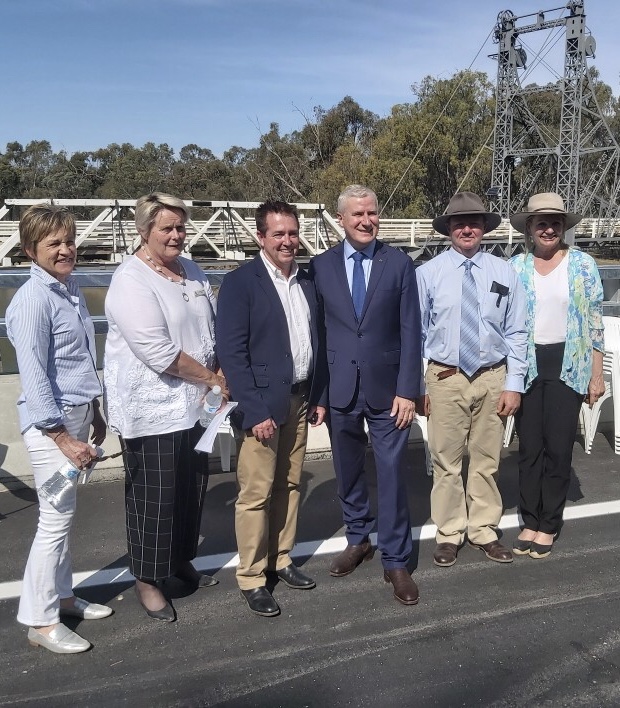 A new bridge across the Murrumbidgee River near Carrathool, south west of Griffith, was officially opened to traffic today.

“Being able to cross this bridge will save trucks an 80-kilometre detour or around an hour off their journey time.”

“The old bridge was one of the busiest bridges in the region,” Mr Toole said.

“It is estimated more than 160 vehicles each day will cross the new bridge, with 30 percent of those being heavy vehicles.”

Federal Member for Farrer Sussan Ley said the opening of the new bridge had been highly anticipated by local residents.

“This wonderful new bridge will improve traffic flow across the river and allow tourists to easily access the village of Carrathool and the renowned pub,” Ms Ley said.

“In addition, 15 full time jobs were supported by the project.”

The new bridge has been named Merrylees Bridge in memory of the late Margaret Merrylees, a member of the local council who had campaigned for the project.

The project was funded on a 50/50 basis by the Australian Government, as part of the Bridges Renewal Program, in partnership with the NSW Government.