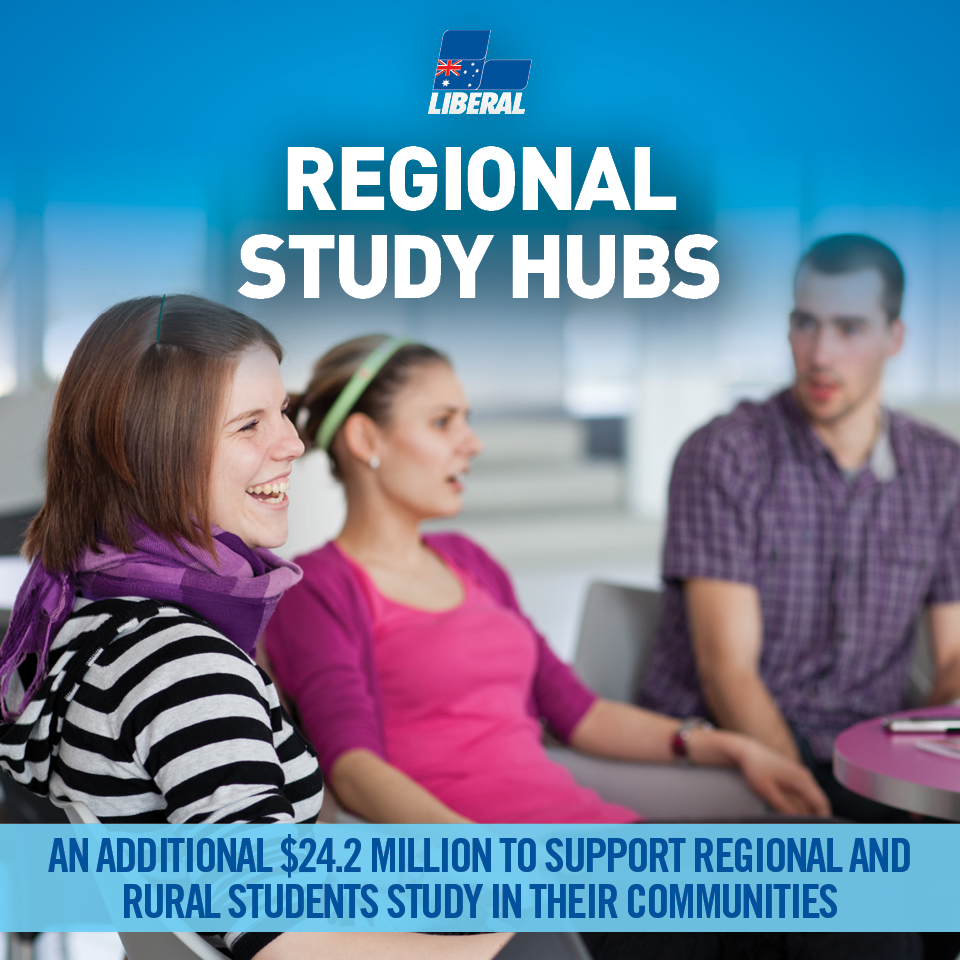 The Federal Government has announced funding of $1.36m to build new regional study sites to serve both Griffith and Leeton.

Local MP Sussan Ley said the move is great news for students seeking distance education options at university, with new ‘hubs’ at Griffith and Leeton supporting those who wanted, or needed, to stay at ‘home’ for their study.

Griffith City Council General Manager, Brett Stonestreet, said the hub would make a massive difference to the lives of students, their families and communities across the region.

“This is wonderful news for Griffith and the surrounding communities. It will provide greater access to higher education and more opportunities for our students,” Mr Stonestreet said.

“Anyone with the desire and capability to attend university will now have the opportunity to do so regardless of their background or where they live. This helps improve educational attainment, skills development, and employment opportunities for local students.”

An application was submitted by Country Universities NSW on behalf of several sites in NSW, with the Griffith/Leeton Hub one of the successful applications.

“We’re really seeing some significant results in communities where we have already established study hubs, so naturally we’re thrilled the Federal Government is enabling us to expand this successful model,” he said.

The Morrison Government is providing $24.2 million over four years to help establish or expand 16 Regional Study Hubs at 22 locations throughout Australia.

As part of a commitment to boost post-secondary education in rural areas, $34m has also been allocated to
provide an extra 2000 scholarships for regional students, bringing the total additional new funding for regional higher education to $400 million over five years.