Language apps for preschools in Farrer 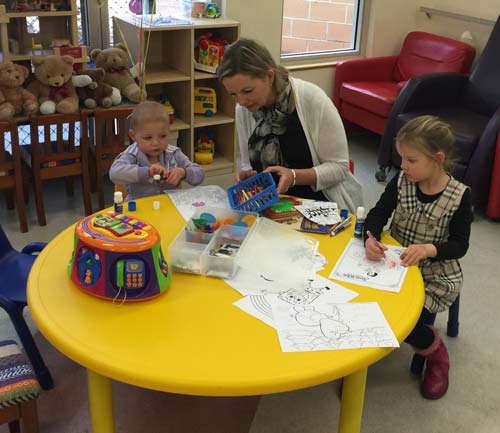 Preschoolers in Farrer will get the chance to learn a language other than English (LOTE) using apps as part of the Turnbull Government’s play-based Early Learning Languages Australia (ELLA) programme.

Member for Farrer, Sussan Ley invited preschool services which expressed an interest in trialling the language apps last year to formally apply by 4 March to participate in ELLA in 2016.

“Services that expressed interest in the first ELLA trial have until 4 March to lodge an application to be part of the next round of the ELLA programme in Chinese, Japanese, Indonesian, French or Arabic languages,” Ms Ley said.

“It’s a great opportunity to get young children interested in experiencing and learning a language other than English and I hope any local services that put their hand up to take part in last year’s programme do so again this year.”

Ms Ley said that to get involved children must participate in the year before full time school and be taught by a qualified early childhood teacher.

“Preschools must provide their own devices and meet their own WiFi and internet costs, but the government will do the rest,” Ms Ley said.

Minister for Education and Training Senator Simon Birmingham said 40 of the 41 preschools who trialled the apps last year are using it again this year and that the almost 1,000 schools that applied to be part of the trial but were unsuccessful would now have the opportunity to apply in 2016

“Those pre-schools that initially expressed an interest, but were not included in the trial, will have the chance to be considered for participation in 2016. They just need to have tablet devices and the government will provide the rest,” Minister Birmingham said.

“I am committed to ensuring that the Turnbull Government delivers Australian families the learning opportunities they want, in a form that works for them and their children and at a time, as early as possible in life, to establish a life-long interest.

For a copy of the ELLA guidelines and to formalise participation in the ELLA trial https://www.education.gov.au/news/early-learning-languages-australia-ella-programme-expressions-interest-now-open