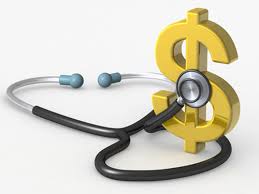 The true pain of Labor’s deep cuts to the private health insurance rebate continues to emerge as new figures show health spending hit a record low under their Government – and patients and health funds are picking up the tab.

The Australian Institute of Health and Welfare’s (AIHW) Health expenditure Australia 2013-14 report shows Commonwealth health spending fell from 43.7 per cent of total health expenditure nationally in 2003-04 to 41.2 per cent in 2013-14 – the lowest in over a decade.

However, it gets worse for Labor, with the new figures showing the biggest dive was during their last two years in office, when they introduced a suite of cuts to the value of the private health rebate.

This 1.8 percentage point drop in Commonwealth spending between 2011-12 (43 percent) and 2013-14 (41.2 per cent) is in direct contrast with a 1.7 per cent percentage increase in the contribution patients and health insurance funds made to the nation’s health expenditure over the same period.

Labor even confirmed this yesterday in a stunning admission from their health spokespeople, who in a desperate rush to spin the damaging result for the ALP’s already tattered health credentials said:

However, Labor’s admission yesterday flies in the face of claims by former Labor Health Minister – and now Deputy Leader of the Opposition Tanya Plibersek – that the ALP’s $3.5 billion worth of cuts to the value of the private health rebate would be reinvested back into the health system:

“Labor are the first to brag about their health record in Government and throw stones at others who attempt reform, but this report is seeing their glass house crash around them,” Ms Ley said.

“It’s clear from Labor’s cuts to the private health insurance rebate that they are in fact the party determined to make patients pay more for their health care.”

Ms Ley said consumers across the country were “in her ear” about the declining value of their private health insurance and she was listening.

“Whether Labor likes it or not, millions of Australians consider private health insurance an important part of the health care mix in this country.

However, Ms Ley said Labor clearly had no intention of changing their ways, with patients expecting more cuts to come under a Labor Government, no matter who was the Leader.

“the opposition would be kidding itself if it didn’t recognise there were challenges in the budget and that savings needed to be found”… “There is no area that is going to be exempt”… “We have to look across the board.”
CATHERINE KING – 22 FEBRUARY 2015 – SKY NEWS

Labor’s $3.5 billion worth of cuts to private health insurance include:

• 2013-14 – Linking the indexation of the private health insurance rebate to the Consumer Price Index (CPI), not premium increases, cutting $700 million over the forward estimates period.

Pharmaceutical Benefits Scheme to be reformed

#girlsmakeyourmove for the rest of your lives