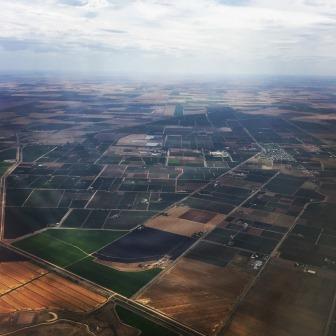 Almost 200 irrigators across the electorate of Farrer are sharing in close to $151 million in funding to upgrade and modernise their on-farm water infrastructure. More than $500 million has now been contracted under five rounds of the On-Farm Irrigation Efficiency Program (OFIEP) as part of the Murray–Darling Basin Plan.

“The Coalition Government continues to prioritise investment in infrastructure to increase water savings, not indiscriminate water buybacks which was the destructive policy adopted by the previous Labor Government,” Minister Joyce said.

“This latest round will build on the success of rounds one to four, which are already delivering benefits to more than 1340 irrigators across the southern Basin.

“Programs like OFIEP are a real win–win, allowing farmers to boost their productivity while also supporting a healthy Basin environment.

“Under this program, up to half the water savings generated by more modern and efficient irrigation infrastructure are kept by the irrigator, allowing them to take water that would otherwise have been lost through seepage, evaporation, or over watering and put it to productive use on their farm.

“The rest of the water savings are returned to the Commonwealth, to be used to support the long-term health and sustainability of the Basin environment.”

The on-farm benefits of the program go beyond water savings. Graeme McDonald, a local irrigator in Blighty who received project funding under an earlier round of the program, reported a number of improvements, including producing a higher yield crop using less water.

“Without the benefit of the upgrade to a lateral move system and the construction of a channel and drains, the best I could have returned was around three tonnes per hectare and that was applying at least three megalitres of water across the paddocks,” Mr McDonald said.

“The first barley crop under the new system yielded 5.5 tonnes per hectare from 0.5 megalitres of water.”

Ms Ley said the OFEIP program is already delivering a range of benefits to irrigators across her electorate of Farrer, like greater control over water delivery and redesign of paddock layouts, giving them greater flexibility in their management of the farm. For many, this means they have been able to introduce higher-value crops for the first time.

“Participants have also benefitted from other productivity improvements, like increased crop yields and the ability to produce a full crop from lower water allocations,” Ms Ley said.

“The genuine benefits these programs deliver to irrigators underline why this Government believes investment in infrastructure is the best way to recover water and achieve the triple-bottom line outcomes of the Basin Plan.”

• More than one-third of Australia’s agricultural production comes from the Murray–Darling Basin (based on gross value of agricultural production).
• The latest round of OFIEP is expected to generate more than 60 GL in water savings for the environment (equivalent to 46.5 GL of Long Term Average Annual Yield), and 32 GL of water savings to be retained by irrigators for their use.
• Almost two-thirds of the $13 billion in funding for the Murray–Darling Basin Plan is being made available for water infrastructure modernisation and efficiency improvements across the Basin.