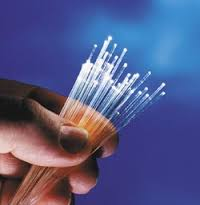 Around 15,300 homes and businesses across Farrer are a step closer to getting the
National Broadband Network, with the fixed line network build to commence next year.

Along with a large part of Albury, other communities in Farrer also on the new list include:

According to local MP Sussan Ley, “our region is a tech savvy area, we’ve been hungry to get the NBN as soon as possible and today we make good on that promise to start making it happen”.

“The Coalition knows rural areas need this technology just as much our major centres,
we’re delivering the technology as fast as we can but only making assurances we know
can be achieved”.

Communications Minister Malcolm Turnbull said “the progress of the NBN to date, shows the Government’s reform of the NBN will have the rollout completed sooner, more affordably for consumers and cheaper for taxpayers”.

NBN Co provides monthly updates on areas which have reached build preparation, build commencement and that are ready for service via their website.

National Landcare grants start to flow across the Murray region